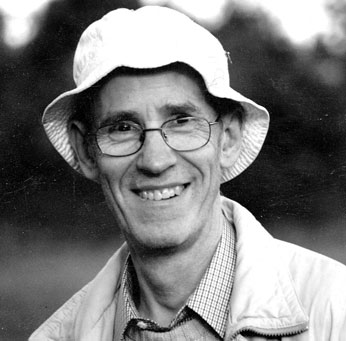 How does one sum up a human life with words and prose? It’s not possible, but here’s the best his family can do: Anthony Steventon was born in 1945 in Great Britain, and he died on April 9 after an accidental fall at home. The fall caused a head injury and he passed away in less than 24 hours from an uncontrolled brain bleed, leaving a devastated wife, Kathy, a daughter, Chelsea, and two granddaughters, Riley and Skyla.

Anthony was a hell of a human being. A naturalized American citizen, but always a Brit at heart, Anthony was his wife’s “Best Guy,” his granddaughter Riley’s best friend and Gramps. He teased and supported his daughter, Chelsea, when she needed it and loved giving his granddaughter Skyla big hugs. Anthony’s loves were his family, chess, art and music. He carried the title “Mr. Brown,” as Kathy his wife often pointed out that his clothes, his entire simple wardrobe, was in various hues of brown and beige. Anthony was an artist of both the heart and the palette knife. He quietly observed the world around him and didn’t understand why so many human emotions were spent on hate and non-tolerance. His art canvas visions were of peaceful, colorful pine forests, all captured in reds, purples, pinks, blues and golds.

Anthony was a kind and funny man who cried when a bird flew into our windows and was hurt. He liked soft character-driven movies, but John Wayne, too. He laughed at the antics of his grandkids and the silliness of his two big dogs. Anthony loved his Pagosa Chess Club buddies and their shared time spent leaning over chessboards at Higher Grounds. Every weeknight, he excelled playing the TV quiz show “Jeopardy” at 6 p.m. Anthony adored the people at Two Old Crows Art Gallery on Lewis Street: Evelyn, Vickie, Kirsten, Matt, George and Joseph. He had a special place in his heart for Duncan and Linda Lawrie.

Anthony always had at least one ongoing project around his home and property, though he rarely finished any of them 100 percent. The last 2 percent of the projects innately outfoxed him. So, he moved onto the next one. Anthony was a lifelong partner to his artist wife, Kathy, a father to Chelsea, a step-in father to Riley, a grandpa to Skyla, brother to Wedgwood, uncle to Ceri and Tracy in the U.K. He was a funny, kind, wacky friend to many here in Pagosa Springs. Whenever the Steventons’ Great Pyrenees dog Avalanche barked at a bird outside, Anthony would shout, “Shut that damn dog up!” Now Avalanche barks with impunity at every leaf or bird moving outside in the garden. Anthony was sickened by the huge divide in our country. He didn’t understand it, he didn’t condone the simplicity of labels that we place on each other. Anthony had 77 years on this planet, circling our sun. The stars and vastness of space occupied his mind for hours. He spent much of his time inside his own head and would come down from that intelligent height to laugh or share his pearls of wisdom with us. His brilliant mind kept him occupied, yet he delved back into our world with great kindness and loads of laughter. Anthony adored his home and family here in Aspen Springs, with the mature pine trees, the birds and the wildlife. It never was the things that Anthony had done in his life that seemed to carry significance, it was his presence and intent that mattered the most. His kindness to others, his intelligence and his choice to be nonjudgmental created the stellar human soul that he was and is. Anthony was one of the special people who always felt comfortable in his own skin. He often wore the same pair of pants for a week, almost never combed his hair, his glasses were smudged, his cotton hat was always tossed on his bald head, and his family loved him for it. Anthony adored raising Riley, loved and supported Kathy in her art always, and he learned that our world was much broader and wider than what science had taught him.

Anthony’s family will be celebrating his 77 years on earth this autumn at the Tennyson Event Center right next to Boss Hogg’s on Sunday, Oct. 2, from 4 to 6-ish p.m. All who knew Anthony are invited to join the party. Please do not wear black to Anthony’s event. Wear the color brown to honor Anthony’s “Mr. Brown” title, or any and all hues of the rainbow. It’s a potluck event, so bring a dish to share. Rock and roll music from the 1960s and ‘70s will be playing; you can bring your ear plugs if that will bother you. Finally, please bring an Anthony story to share if you have one. A microphone will be provided for storytelling. Any and all friends of Anthony, Kathy, Chelsea, Riley and Skyla are invited to attend.

Walk a mile in their jeans on Denim Day April 29