Edward Lawrence Huddleston, 66, of Greeley, Colo., gave himself into the arms of the Lord on Oct. 18.
He was born in Upland, Calif., to Clayton and JoAnne (Maludy) Huddleston on Sept. 15, 1952.
Ed grew up a leader amongst the flock. With a booming voice and his unmistakable laughter, he was easily found amidst the crowd. His gentle yet demanding demeanor made him easy to talk with.
His passion for hunting and fishing encompassed many forms. At home, adrift on the gentle swells of the mighty Pacific Ocean, or lounging against the monstrous boulders atop the peaks of America’s mountains. A day in the sun or camping in the snow, Ed always made the best of what was put before him.
Many opportunities moved him throughout life from state to state. From California where he graduated from Fontana High School in 1970 on to Arizona where he became a renowned general contractor and loving father. Back to California and to the state of Oregon where he became the owner of Hudson’s Honey Farm as a beekeeper. From there to Michigan and ultimately to where his heart belonged. April 1996 was when Colorado claimed his love for the outdoors and his inner child found peace. Soon after he met the love of his life, Kathi. Married in June 2000, they moved to Pagosa Springs and settled down for years of fun. Archery competitions, hunts and fishing trips kept them busy.
Life brought Ed and Kathi to Greeley in the year 2011 where he got his CDL license. He and Kathi traveled the United States together and visited 48 states. It was at this time that Ed discovered he had cancer. He did the only thing he knew to do: took it by the horns and ran with it. Unable to give up his passion for building, he laid down his CDL and began building model airplanes and boats as a remote control enthusiast. As a member of NAMBA, his summers were dedicated to weekend races and his winters building new models.
Ed is survived by his wife, Kathi, of Greeley; children: Eddy Huddleston, of Pagosa Springs, Colo., Scott (Alyssa) Huddleston, of Penrose, Colo., Michelle Huddleston, of San Diego, Calif., Amberly (Beau) Ballentine, of Frederick, Colo., Melanie (Ben) Herold, of Cañon City, Colo., Brandon Taylor, of Aspen, Colo., Ashley (Michael) Riggs, of Pagosa Springs, Colo.; sister Lana Doring, of Victoria, Texas; brother Hays (Shari) Huddleston, of Loman, Minn.; mother JoAnne Ledbetter, of Prescott, Ariz.; niece Linda (Ricky) Powell, of Victoria, Texas; nephew Chuck Mahoney, of Prescott, Ariz.; and 15 grandchildren.
He is preceded in death by his father.
A Life Celebration will be Friday, Nov. 9, at 11 a.m. at Northern Colorado Cowboy Church, 33131 U.S. Hwy. 85, Lucerne, CO 80646.
Memorial contributions may be made to “Rocky Mountain Elk Foundation” in care of Adamson Life Celebration Home, 2000 47th Avenue, Greeley, CO 80634.
Condolences may be left for the family at AdamsonCares.com. 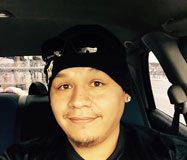