A plane out of New Mexico that was reported missing earlier this week was found shortly after noon on Wednesday.

Both occupants known to be in the plane were found deceased, Valdez said.

According to Valdez, the Air Force contacted the Archuleta County Sheriff’s Office Division of Emergency Management at 7:23 p.m. Monday, Nov. 17, reporting that a small, private plane may be missing.

The last locational ping from the aircraft was located in Archuleta County, Valdez said.

The New Mexico State Police also received a report of the incident Monday night, according to a press release.

According to that press release, the NMSP Albuquerque District received a call from the Albuquerque Police Department regarding locating a missing airplane occupied by two people.

Those people, according to the NMSP, were Howard Guthrie, 55, and Melissa Watson, 42, both of Albuquerque. Both were deemed missing after Watson failed to show up for work.

The press release indicates that the pair left the Moriarty, N.M., airport in a Mooney M20C, with tail number N6466U, last weekend en route to Pagosa Springs. Further information indicated the plane was turned around due to inclement weather and was not able to land in Pagosa.

Archuleta County search personnel formed three ground teams to begin searching a portion of Archuleta County around 5:30 a.m. Tuesday, and three aircraft and one military helicopter were involved in the search, Valdez reported.

On the New Mexico side, the NMSP aircraft (ABLE06) worked to triangulate the most “logical” avenues of travel.

A Tuesday morning update by the ACSO stated that a U.S. Air Force C-130 flew the area with FLIR (forward looking infrared) Monday night, but was “unsuccessful in locating any evidence of the missing aircraft.”

Upper San Juan Search and Rescue met Wednesday morning with members from La Plata County and Mineral County search and rescue teams, Southern Ute rangers, and roughly 10 ground teams were deployed to the area in question to continue searching for any physical evidence that would confirm a downed aircraft.

Valdez said Wednesday’s search took place east of the area searched Tuesday and, at 12:37 p.m., the plane was found by ground crews.

After it was found, crews confirmed that the tail number matched that of the missing aircraft.

“I was extremely impressed with everybody that was willing to take their time to put into this,” Valdez said, noting that some search and rescue volunteers took vacation from their jobs in order to help on the search.

Too, Valdez said he considers USJSAR to be “one of the best in the state,” adding that he knew the team would find the plane, even if it were a needle in a haystack.

“We couldn’t have done it without them,” he said.

The crash remains under investigation. 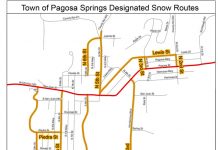 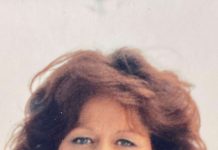 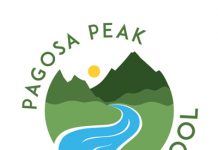 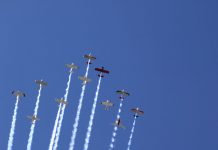 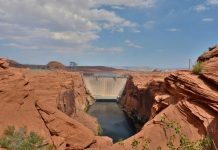