By Mike Alley
Special to The SUN

At 9:41 a.m. Saturday, Sept. 20, a fault on the transmission line that feeds Archuleta County caused 5,777 customers of La Plata Electric Association to lose power. The reason has not been determined.

The Tri-State transmission line feeds power into Archuleta County and affected LPEA’s Pagosa and Ponderosa substations. LPEA crews began the process of sectionalizing the system to narrow down the location of the fault and were able to re-energize the Pagosa substation, which feeds the core of downtown Pagosa and further east (approximately 3,400 LPEA customers), at 10:15 a.m.

LPEA crews patrolled the transmission line in search of the cause, but no visible damage was found. 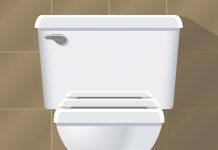 Sanitation district: ‘We are close to an emergency situation’

LPEA looks to ensure safe installation and interconnection of solar...