She was the youngest of six children. She is survived by her daughter, Rebecca Sibley, son-in-law Rick Sibley, granddaughter Jane Sliva and great grandson Tommy Brockington. She was preceded in death by her son, Ronald R. Jones, and her husband, Jack Jones.

Eleanor grew up in Illinois, where she met her future husband, Jack Jones. After World War II, they were married on Aug. 14, 1944, and were together for 68 years, until Jack’s death in May of 2012.

Eleanor and Jack lived in Olney, Ill., where they owned and operated a restaurant, and were active in the Immanuel United Methodist Church.

The Joneses moved to Pagosa Springs in 1994 to live with their son-in-law and daughter, and in 1995 they began to spend their winters in Mesa, Ariz., and their summers in Pagosa. In Pagosa, they joined and attended Community United Methodist Church.

Being the youngest of six children, Eleanor took pride in her position as the “spoiled one” of the bunch, and she claimed that title well into adulthood. She loved morning coffee clatches, afternoon teas, sewing club and parties with her family and her friends, of which she had many. She loved to notice what others were wearing and was generous with compliments. She will be missed by all who knew her. 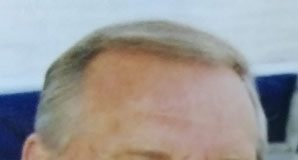