On Dec. 27, 2022, Gov. Jared Polis appointed Anthony Nathaniel Baca to a vacancy on the 6th Judicial District Court. The vacancy is created by the resignation of the Honorable Todd. P. Norvell and is effective Jan. 14.

Baca is a La Plata County Court judge, a position he has held since 2022. Previously, he was a Dolores County Court judge in the 22nd Judicial District and a district court magistrate in the 22nd Judicial District. Previously, Baca was the owner of Baca Consulting (2015-2022), manager of the Institute for the Advancement of the American Legal System at the University of Denver (2017-2018), attorney at the Office of the Municipal Defender in Denver (2016), attorney at Mountain Legal LLC (2011-2016) and assistant to the public defender at New Mexico Public Defenders (2010-2011). Baca earned his B.A. from Northwestern University in 2003 and his J.D. from the University of Texas School of Law in 2009. 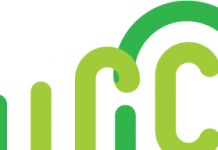