Many veterans of armed combat experience intense events that have the power to change personalities, perspectives on living and abilities to deal with a multitude of life issues upon return from a war zone.

I am one of those individuals.

I served with an infantry company in the I Corps region of Vietnam around the Demilitarized Zone (DMZ) of Vietnam in 1969. Fifty-three years ago, on the night of Nov. 12, 1969, myself, along with other comrades-in-arms, experienced such an intense event. This event took lives and changed many… some for as long as they walk this earth.

I was part of a 30-man mortar platoon stranded on a hilltop at night and separated from the rest of our company. As night fell, intermittent fighting continued around our perimeter with little hope of reinforcements. Finally, around 10 p.m., courageous helicopter pilots and crew members volunteered their lives and their aircraft, braving the hazards of both flying in pitch darkness in hilly terrain as well as being shot out of the air, to bring in another infantry company for support.

Around 2:30 a.m., a numerically superior force attacked our perimeter. Each man on that hilltop fought for their own life and that of their comrades.

Numerous heroic deeds were performed that night, most of which were unrecognized by any awards at later points in time. “Spooky” gunships and accurate artillery fires quelled the ground attack. The firefight eventually ended with the enemy withdrawing its forces around daybreak.

The bravery of the men on that hill, as well as the fearless pilots, crews of gunships and many others was beyond belief. The resupply of much needed ammunition and the evacuation of our wounded and dead continued until our unit was again combat ready.

Now I approach the 53rd anniversary of that battle as if it were yesterday. Fifty-three years later, I can close my eyes and hear machine gun fire, grenades exploding and see the different-colored tracer rounds from both sides. I can also visualize myself soaring through the air as a 250-pound bomb from a Phantom F-4 fighter detonated as it dropped its load “danger close.”

My point of writing this is as follows:

Wars usually end in the eyes of the public when the politicians and media announce the same. However, for many who experienced these events, the hostilities continue. Counseling sessions with mental health care workers are then scheduled, individual and group meetings are accomplished, and medications are routinely taken as prescribed. 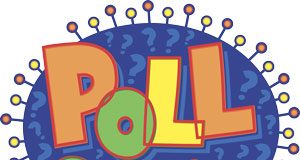