Multiple area agencies responded to a single-vehicle accident on Sept. 9 that killed one and left four injured.

According to an incident report from the Colorado State Patrol (CSP), the accident occurred at 2:18 p.m. at milepost 159.8 on Wolf Creek Pass, which a press release from the Pagosa Fire Protection District (PFPD) notes is near the overlook pullout.

According to the CSP report, the vehicle, a 2015 GMC Terrain SLT, was traveling westbound on U.S. 160 when it traveled off the right side of the road into a dirt pullout, through the pullout and “off a very steep embankment.”

“It rolled to the bottom of the canyon for several hundred feet coming to final rest in Wolf Creek on its roof,” the report states.

Personnel from multiple area agencies work to rescue passengers of a vehicle that traveled off a steep embankment on Wolf Creek Pass, injuring four and killing one.

The PFPD press release noted the vehicle was approximately 250 feet down the embankment.

The report explains the deceased passenger was partially ejected and an infant was fully ejected.

“There was a rear facing child seat on the rear middle seat that appeared properly anchored. However, there was no evidence the straps were buckled at the time of the crash,” the report notes.

The CSP report indicates all five passengers were from Canada and range in age from 1 to 40.

One of the passengers, 40-year-old Elizabeth Taypotat, was pronounced dead at the scene, the report indicates.

The report indicates only two occupants were wearing seat belts — the driver and the 22-year-old.

The CSP report indicates neither excessive speed nor alcohol/drugs are suspected.

According to the PFPD press release, “The first arriving engine company set up steep angle rope rigging to allow safe access to vehicle and occupants.   The vehicle had five occupants which were triaged by fire personnel.  PFPD personnel packaged the occupants and securely transported them to top of embankment where they transferred to ambulances for hospital transport.”

The PFPD release notes the agency was at the scene for approximately 6.5 hours.

The PFPD release indicates in addition to the CSP and PFPD, San Juan National Forest firefighters and personnel from the Archuleta County Sheriff’s Office’s Office of Emergency Management and Pagosa Springs Medical Center EMS also responded, as well as a tow company.

“Fire personnel along with all the other agencies worked extremely well together. Without the mutual aid assistance from all involved this incident would have been even more difficult. They all worked together to complete our mission. I am very proud not only of PFPD but all of our first responder community. We make a great team,” PFPD Chief Randy Larson said via the press release. 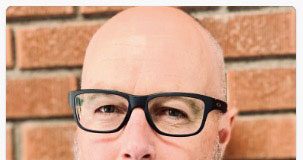