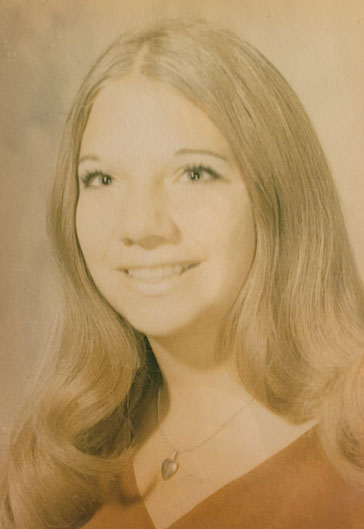 Diana Kay Nordin was born on Sept. 30, 1954, in Independence, Kan., to Donald Ray and Peggy Ann Tucker. She lived a life full of adventure, travel and ordinary things while leaving her unique mark upon those she came in contact with. Much of her life was spent in Page Ariz.; Pagosa Springs, Colo.; and Independence, Kan., with numerous stops in many cities and states in between.

In the spring of 1976, Diana married Lynn Eddy. During their time together, they traveled much of the United States while driving a semi truck. Duane Ray Eddy blessed this union.

In the late summer of 1991, Diana married Gary Scoggins while living in Pagosa Springs. Dennis Nolan Scoggins blessed this union. Diana shared her love of the mountains, camping and exploration with her sons. She loved getting together with friends in the great outdoors and this produced many fond memories for her boys.

Diana’s love of the outdoors and mountains led to her meeting Leif Nordin. The couple married in the fall of 1998. This allowed for Diana to explore her love of travel while accompanying Leif on a couple of trips to Sweden and other European countries. She was able to share this love of Europe with Dennis when they took a once-in-a-lifetime trip to see the sights.

Her last 11 years have been spent in Independence, Kan. While Diana’s health became fragile, she still made it a point to drive to the small State Lake near her home to enjoy the deer, eagles, geese and ducks. She loved to meet new people and made several wonderful friends on her treks to the lake to see “her animal friends.”

Diana enjoyed playing family games and loved to laugh. She shared her sense of humor and always had a funny story to share.

A celebration of life service will be held at the Church of Christ at 401 S. 11th, Independence, Kan., at 10 a.m. on Monday, Aug. 15. In lieu of flowers, the family has requested a memorial contribution be made to Harry Hynes Memorial Hospice. Online condolence can be left to the family by visiting www.pottsfuneralhome.com.

New Thought topic: ‘Open Your Heart to the Beauty of Life — Creating Heaven on Earth’