Poop talk makes everybody fidget and giggle uncomfortably. We like our poop to disappear. We want shiny white porcelain toilets and privacy.

But how do you cope when you’re in the woods behind a tree?

When I took my first course at the National Outdoor Leadership School in Lander, Wyo., years ago, the preferred method of waste disposal was bringing a trowel to dig a 6-inch cat hole, a practice still the norm for many backcountry travelers today. There was even a how-to guide by Kathleen Meyer, published in 1992, titled bluntly, “How to Sh*t in the Woods.”

We thought the soil would break down the nasty stuff pretty quickly. In fact, we were taught to stir dirt into our deposit to speed things along. But our faith in the speed of nature has been shattered.

Studies by a University of Montana research team have found that from as far back as the early ‘80s, high levels of pathogens remained in feces even after they’d been properly buried. Maybe a few piles of poop in millions of acres of wilderness weren’t so bad when it was just a few piles of poop. But if you visit the backcountry or beaches on public land these days, you know lots of people are visiting the outdoors and leaving their waste behind.

In 2020, 7.1 million more Americans participated in some form of outdoor recreation than in the previous year, for a total of roughly 200 million people, according to the Outdoor Foundation’s 2021 Outdoor Participation Trends Report.

Fifty-three percent of Americans age 6 and over recreated in the outdoors at least once in 2020, which is the highest participation rate on record. The Bridger-Teton National Forest, near where I live, recorded a 44 percent increase in the number of people camping between 2016 and 2020. Outdoor recreation is enjoying, if you can call it that, a boom.

Each human, on average, produces roughly a pound of poop each day. That adds up quickly. Anyone who has done a 21-day Grand Canyon river trip probably noticed the stacks of metal boxes that filled up over the course of a trip. By the time you got to the takeout, the cargo in one 18-foot raft was mostly poop.

Outside Magazine recently published a story about the changing etiquette of pooping in the outdoors, citing a startling study from 2007 that said 91 percent of the sand on 55 California beaches was contaminated with fecal indicator bacteria. Packing out poop thus became a necessity in that state if people wanted to avoid disease.

But this is true even in a forest where people dig their perfect cat holes 200 feet from trails and water. If thousands of people hike the same trails every day of the season, that’s a minefield of waste festering below the surface. Over time, pathogens in that poop will leach into the soil.

What, then, are we supposed to do? Though we may not like it, just like river guides and other outfitters, it’s past time for all of us to pack out our poop. But good news: There are a number of products available commercially to make this as lightweight and odor-free as possible.

Trevor Deighton, of Victor, Idaho, a mountain guide in the Tetons, recommends WAG bags, WAG being short for waste alleviation and gelling. Since more people started carrying them, he said, “There’s so much less poop on the Grand. The (bags) don’t smell and never break. It’s worse thinking about it than it is in practice.”

He added, “You see a lot of plastic bags with dog poop left along trails around here. People don’t want to put them in their pack because the bags are so flimsy, but then they forget about them.”

The beauty of WAGs, he added, is that your sturdy portable toilet never fails and is easy to use.

But there’s no getting around it, packing out poop is still an inconvenience, especially for those of us who look forward to a mostly light pack at the end of a hiking trip. But for our health and for the health of the forest or anywhere we recreate, it’s our responsibility to leave no waste behind. It’s the right thing to do.

Molly Absolon is a contributor to Writers on the Range, writersontherange.org, an independent nonprofit dedicated to spurring lively conversation about the West. She writes and travels often through the West. Views expressed do not necessarily represent those of The SUN. 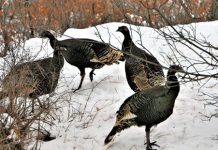 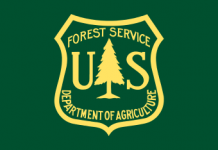 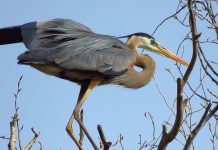 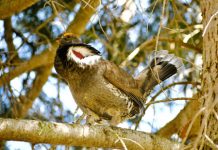