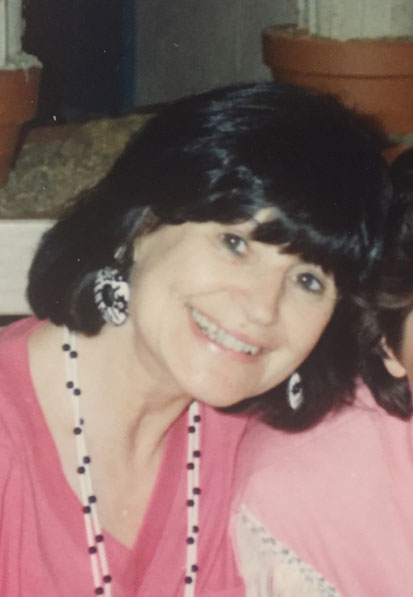 Margarete “Molly,” “Mausi” Elizabeth Vorhies passed away on Sept. 12, 2021, in Pagosa Springs, Colo. She was born on May 29, 1937, to Heinrich Lind and Elise Hannusch Lind (Loding) in Emden, Germany. She was the eldest of four daughters and grew up in Germany during WWII. Her mother, Elise, worked hard as a seamstress to take care of her girls, often dressing them in matching outfits that she had sewn. Margarete was born prematurely and was covered in hair, prompting her father to nickname her “Mausi,” meaning “mouse” in German. She had a difficult childhood as her parents divorced while she was young, food was very scarce at times and her Uncle Alfred, who she loved dearly, was killed during the war when his apartment was bombed. Additionally, what she thought was a pet rabbit ended up on the family dinner table, which she credited to instilling in her a great compassion for animals.

Margarete met her future husband, Euvern “Lee” Vorhies, an American Navy serviceman, while she was babysitting for a military family; they married in 1958. Their eldest daughter, Kelly, was born in 1959 in Bremerhaven, Germany. Lee was then assigned duty in Washington, D.C., where their only son, Wayne, was born in 1960. One of Lee’s next assignments was to Japan and while stationed there, Margarete took up cake decorating and flower arranging while caring for their two young children. While in Japan, Margarete became pregnant with Patricia, their youngest daughter, who was born in Bremerhaven shortly after the family relocated back to Germany due to military transfer orders. The family was next stationed in San Diego, Calif., and joined the Seventh Day Adventist Church at that time. The couple helped build the SDA Imperial Beach Church. Margarete volunteered as a cradle roll Sabbath school teacher, embraced the plant-based diet philosophy of the SDA Church, and from then on raised her children on a vegetarian diet, becoming a lifelong vegetarian.

After San Diego, the family was transferred back to Japan and remained active in the SDA church, and hosted missionaries and servicemen and their families for church service, potluck and gatherings in their home. Margarete took up sewing, making dresses for herself; worked part-time displaying Hallmark greeting cards; and taught English to Japanese students. The family relocated to Silver Spring, Md., in 1975 after Lee was promoted and transferred on navy orders for the last time. After his retirement from the Navy in 1980, the couple divorced. While living in Maryland for 40 years, Margarete worked at SDA headquarters for a home correspondence school, next as a medical receptionist and then as a landlady. During this time, she rescued many cats and dogs and did TNR in the Maryland and DC area. She enjoyed music, singing, reading and knitting, and also resumed her hobby of dancing, which was her great passion. At that time, she met her friend and companion, Dr. Randolph “Randy” Taylor. Margarete was a stutterer and together with Randy, founded a stuttering support group, which is still ongoing today as the Northern VA Chapter of the National Stuttering Association.

In 2011, Margarete was diagnosed with a heart condition. In order to have assistance from her daughter, Kelly, she sold her house in Silver Spring and moved to the Waynesboro, Va., area. In 2016, she moved back to Maryland to live with her son, Wayne, until she fractured her hip in 2019. After a brief stay at a Memory Care Facility, Margarete moved to Pagosa Springs, Colo., to live with her daughter, Patricia, until she passed away as a result of a second hip fracture.

Margarete’s legacy is her love and compassion for animals, especially cats, and her love for her grandchildren: Alissa, Audrey, Kyle, and Mark; and her great-grandchildren: JJ and Lyla, and born posthumously, Grayson and Graham.

Margarete is dearly loved and missed by her family and friends, who look forward to being reunited with her when our Good Lord and Savior returns. She was preceded in death by both parents, Heinrich Lind and Elise Loding; Uncle Alfred Lind; son-in-law Paul Nagle; grandson Kyle Nagle; and friend Randy Taylor. She is survived by her beloved 17-year-old cat, Stella; children: Kelly Nagle, of Floresville, Texas, Wayne Vorhies, of Adelphi, Md., and Patricia Vorhies, of Pagosa Springs, Colo.; her sisters: Renate (Erich) Zippert, of Loxstedt, Germany, Ursula McCutcheon, of Garfield, Ark., and Barbel (Juergen) Maltzahn, of Hamburg, Germany; her grandchildren: Alissa (John) Reinhard, of Floresville, Texas, Audrey (John) Harvey, of Lee’s Summit, Mo., and Mark Holladay, of Pagosa Springs, Colo.; her great-grandchildren: JJ, Lyla and Grayson Reinhard, and Graham Harvey; and ex-husband Euvern (Kristin) Vorhies of Pagosa Springs, Colo. Contributions on Margarete’s behalf can be made to the Alzheimer’s Association or to any reputable animal welfare organization. Most importantly, if wanting to honor Margarete, always be kind to animals. A memorial service will be planned at a future date.