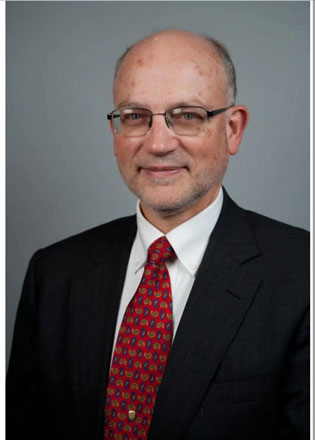 Born at West Point, N.Y., to the Rev. Albert Hale and Florence Satterlee Northrop on Aug. 2, 1949, he lived the first years of his life in England, where his father was stationed as a chaplain and officer with the U.S. Air Force. He moved with his family around the U.S. until attending Wheelus High School at Wheelus Air Force Base in Tripoli, Libya, North Africa, graduating in 1967.

Joe earned a B.A. in political science from DePauw University in 1971. He met the love of his life, Lynne Utter, while at DePauw, and what followed was a 52-year marriage that never waned.

Joe earned his J.D. from the Indiana University Bloomington Law School in 1974, where he was a member of the Air Force ROTC. He was commissioned as a second lieutenant in the Air Force upon graduating in 1974 and assigned as a judge advocate general (JAG). Joe spent 29 years as a JAG, retiring as a lieutenant colonel and the staff judge advocate for the 434th Air Refueling Wing at Grissom Air Reserve Base in Indiana.

Joe practiced law in Huntington, Ind., until the day he was hospitalized. He was active in many service organizations and served on multiple boards of directors. He was admitted to practice law in Indiana State Courts, both the Northern and Southern Districts of Indiana in Federal Court, and the 7th Circuit Court of Appeals.

Joe was a director of Pike Lumber Co. Inc., Indiana’s largest manufacturer and distributor of hardwood lumber, and served as chairman of the company for almost a decade. He and Lynne started Northrop Farms, where they invested in farmland and forests across Indiana, improving the health of the land and planting thousands of trees by hand.

Joe had an incredible sense of humor and a humble personality. He worked up until the day he was hospitalized. Joe bravely fought a hyper-aggressive illness with his usual steadfast, unshakable manner and never, ever gave up, but God must have needed a legal adviser. Or an expert teller of “dad jokes.”

Joe’s greatest joy in life was his family. He is survived by his wife of 52 years, Lynne; son J.H. Northrop; daughter Elizabeth (Terry) Thornsbury and son Charles (Melissa) Northrop; and 10 beautiful grandchildren. Joe is also survived by his sister, Eleanor Hall, of Indianapolis, and his brother, the Hon. Albert W. (Karen) Northrop, of Pagosa Springs, Colo., as well as numerous nieces and nephews who loved their “Uncle Joe,” cousins and extended family. He was preceded in death by his parents, two sisters and two brothers-in-law.

Arrangements are being handled by Bailey-Love Mortuary in Huntington, Ind.

Memorials may be made in Joe’s name to the American Cancer Society or the Boys and Girls Club of Huntington County, Ind.