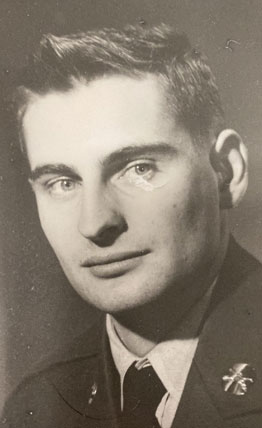 He was born Jan. 12, 1941, to Jack and Jean Keane in Oxford, Colo. He grew up in the Upper Piedra on their family ranch, graduating from Pagosa Springs High School. After high school, John joined the Army and spent four years serving our country, two of those years spent in Korea during the Korean Conflict.

John will be remembered most for his good heart and orneriness. He was kind and generous and loved others unconditionally. He was a true cowboy, the last of a dying breed.

John’s greatest joy in life was his daughters, two grandsons and two great-granddaughters. He often said that he lived a good life and was able to do everything he wanted to do except win the lotto.

John is survived by his devoted daughter, Michelle (Shawn) Curvey, and grandson, Cody Keane; grandson by Charlotte, John Chavez and his children, Nichole and Natalie; and step-grandson Zack Curvey.

“God saw you getting tired and a cure was not to be, so he put his arms around you and whispered ‘come with me. With tearful eyes, I watched and saw you pass away, although I love you dearly, I could not make you stay. A golden heart stopped beating, hardworking hands at rest. God broke my heart to prove to me, he only takes the best.” — Anonymous.

A memorial of John’s and service to the country is planned for Sept. 17 at 2 p.m. at the Veterans Memorial Park in Pagosa. All are welcome to attend. Bring a chair if you need one.

The Adobe: From the Buckles and Schultz Hall to Los Banos...