The Attorney General’s Office this week asked the Colorado Supreme Court to review a case that threatens to upend how water and access to Colorado rivers have been managed since Colorado joined the Union.

“Recreation on Colorado’s rivers is vital to Colorado’s economy and our way of life. For decades, property owners, water users and leaders in the recreation industry have worked together to increase public access to rivers for recreation. Many cities, farms and other water rights holders have relied on our settled rules to invest in critical infrastructure that sustains our agricultural communities and supports our cities. This lawsuit puts these agreements and practices at risk,” Attorney General Phil Weiser said. “If this longstanding Colorado approach to water and river access is to change, the decision-making process rightly belongs to the legislative and executive branches of government. Courts should not upend this long-settled practice.”

When Colorado became a state, who owned the bed of the river depended on whether it was navigable. Title to the bed of any navigable river would have passed to the state of Colorado, while title to the beds of non-navigable rivers remained with the United States. No river within Colorado was declared navigable at statehood, so title to all riverbeds remained with the United States when Colorado became a state. The federal government has given title to its non-navigable riverbeds to streamside landowners through federal patents. Here, one person is trying to get courts to change this rule on a river-segment by river-segment basis. But to disturb these long-settled holdings, the legislative and executive branches need to start a comprehensive process to consider all important factors and establish statewide standards.

Over the last several decades, state and federal partners have worked together to increase fishing access, delineate private land boundaries and increase public education about public access to the river. And water users have relied on this settled ownership to build improvements so that cities and farms can efficiently use their water.

In this case, someone tried to fish on a segment of the Arkansas River that is on private property and not open to the public. After trespassing and being refused access by the property owners, he sued the landowners, claiming that a court should order that the riverbed belonged to the state and, as a member of the public, he had a right to use it.

A district court and the Colorado Court of Appeals ruled that this person had no claim to title and failed to show a legally protected right in that title. But the Court of Appeals also concluded that he could continue with his lawsuit and seek a court order preventing the private landowners from denying him access to the river because of his theory that title to the riverbed passed to the state at statehood.

According to the state’s filing, if the case is allowed to proceed, it would force courts to determine navigability for every river and stream in Colorado and have staggering implications for settled agreements governing the use of our state’s rivers. Since Colorado became a state, the state legislature and governor have never advanced the position that the state actually owns any of the riverbeds in Colorado. This case is seeking to allow an individual to make this decision on behalf of the state. 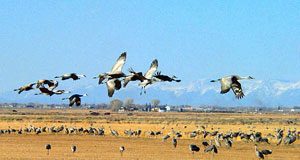