March 29 is National Vietnam Veterans Day. This holiday was created by presidential decree in 2017, following the initiation of the “Vietnam War 50th Commemoration” as a unit within the Department of Defense in 2008.

The Archuleta County Veterans for Veterans organization will host a “Welcome Home, Vietnam Veterans” event at noon on March 29 at the Tennyson Event Center on Navajo Trail Drive.

The Town of Pagosa Springs and the Archuleta County commissioners have both issued proclamations naming March 29 as Vietnam Veterans Day in our town and county. Please take a moment over the next week to thank a veteran for all they have done for us.

“PROCLAMATION BY THE BOARD OF COUNTY COMMISSIONERS OF ARCHULETA COUNTY, COLORADO

“WHEREAS, between 1964 and 1975 more than three million Americans left their homes and families and served overseas in a series of battles and conflicts of the Vietnam War; and,

“WHEREAS, the wounds of the war were not just physical for many veterans, with many suffering PTSD and other related conditions as a result of the hardships they went through in service of their country; and

“WHEREAS, 623 Coloradans were among the 58,220 members of the Armed Forces who lost their lives in service of their country with another 300,000 wounded in action. Of the 1,584 Americans still listed as Prisoners of War or Missing in Action, 24 Coloradans are still unaccounted for; and

“WHEREAS, it is important that those who served are honored with recognition and dignity, and to ensure that their great sacrifices and immeasurable contributions to our nation are never forgotten; and,

“WHEREAS, March 29th has been designated at National Vietnam Veterans Day; and,

“WHEREAS, Archuleta County wishes to recognize all veterans of all wars and conflicts.

“THEREFORE, THE BOARD OF COUNTY COMMISSIONERS OF ARCHULETA COUNTY, COLORADO DO HEREBY PROCLAIM THE FOLLOWING:

“1. We recognize the men and women who served with honor while defending their country and remain thankful to those who fought in the Vietnam conflict and all other wars and conflicts. We are grateful for their brave service and draw inspiration and pride from all that they are. The servicemen and women who served in the Armed Forces represent a generation who exuded the very meaning of courage, bravery, honor and sacrifice. 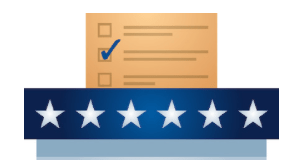