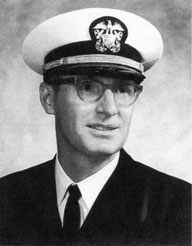 The Rev. Louis Richard O’Hare, of Bayfield, Colo., formerly of Pagosa Springs, Colo., was the oldest of five children born to Evelyn Frances Luger O’Hare and John Augustus O’Hare. He was born in Milwaukee, Wis., on Sept. 14, 1931.

His early years saw him not only in Milwaukee, but a short stay with paternal grandparents in Paxton, Ill., and for several years in St. Paul, Minn., until he completed the eighth grade. No matter where he lived, he was always an altar server.

From there, he entered the Maryknoll Junior seminary around September of 1945 in Palo Alto, Calif. With high school completed, it was off to the Maryknoll College in Glen Ellyn,Ill., where he received a B.A. in philosophy with a minor in psychology. His studies with the Maryknolls ended in 1956.

With the consent of Archbishop Edwin Vincent Byrne, of the Archdiocese of Santa Fe, N.M., he changed over to be a diocesan priest for the archdiocese of Santa Fe. At the archbishop’s request, he moved to Conception Seminary, Conception, Mo., and received an M.R.A. in theology and an S.T.B. in psychology. He was ordained to the priesthood of the Roman Catholic Church by Archbishop Edwin Vincent Byrnes on May 24, 1958, in Santa Fe, N.M.

He was assigned to serve at several parishes in New Mexico: Our Lady of Guadalupe in Santa Fe, N.M., San Antonio of Padua in Penasco, N.M., and San Miguel in Socorro, N.M. With the blessing of the archbishop, he entered the military. After combat training in the Navy, his first assignment as a chaplain was to Iceland. And then as a chaplain for the Marines in Vietnam. As the troops were being withdrawn from Vietnam by President Nixon, his tour of duty ended in 1969. The secretary of the Navy awarded him the Navy Achievement Medal, stating, “He willingly, courageously and regularly traveled through hostile territory to bring the comfort and consolation of religion to those in a combat environment.”

By the time of his military discharge, a new archbishop had been assigned to the archdiocese of Santa Fe, James Peter Davis. Archbishop Davis gave him an extended leave of absence as of Dec. 31, 1969. The archbishop stated, “I thank you for making known so sincerely your desires and your concerns. In accord with your expressed wishes, I grant you an indefinite leave of absence for such study and work as will fit you to serve the needs of people in dire need.”

With the sanction of the archbishop, he devoted much time and effort on inventions to alleviate harsh conditions of the Third World. His inventions for the benefit of those in need started with shock tubes for earth drilling of water wells, to solar power water pumping and sterilizing. He soon realized he would need a better understanding of chemistry and calculus for the inventions he had in mind.

For these, he signed up for classes at the Catholic University of America. He also realized there was a real need to rejuvenate the soil in the Third World. So, he set to work on five simpler ways of nitrogen fixation for the soil. He was also well aware of the lack of commercial electric power in the Third World, which is evident by his inventions that used wind to power a turbine, variable capacitors to produce electricity, thermal energy to drive an electric power generator and a convection-powered solar engine.

The list goes on and on, but the lack of funds and sponsors kept him from putting these patents into production and getting them to the Third World. Altogether, over a 19-year period, his inventions covered many different needs for which he was awarded 39 patents. The inventions slowed down when he took upon himself the care of our mother with chronic COPD for approximately 20 years.

Not only did he keep his brilliant mind ever active with new inventions, he produced in-depth theological essays and other writings on topics such as: The Cultured War, Free Will, Men of Nature, The Occult Religion of Nature, The Truth Barrier, to name a few. We hope to get some of them published.

He had a passion for aircraft and flying. In his spare time, he took to the sky. Perhaps this was his way of being closer to the lord. After receiving his solo pilot’s license, he dropped in on several of the towns in New Mexico. As soon as he had a multi-engine, passenger and instrument rating, he flew his mother to Minneapolis, Minn., to visit relatives. Looking at his logbook, he was still flying at age 65 and probably beyond.

I believe his fascination with radios led him to be a ham operator for many years. He enjoyed communicating with others, especially fellow priests in mission territories. To get the distance and right wavelengths, he put up his own antennas, sometimes strung from tree to tree.

He had in-depth knowledge of radio communications and later in life, his adventurous spirit took him to Alaska, where after obtaining a first-class FCC license, he was able to work on commercial aircraft radios. Alaska also saw his use of his airframe and power plant certification license from Colorado Aerotech to inspect and repair aircraft.

Fr. O’Hare would not let his medical problems slow him down. Early on, he had quadruple bi-pass surgery and later the replacement of a heart valve. Atrial-fibrillation was an everyday, not-to-worry, occurrence. After two broken hips from falls, he was restricted to a walker. His one regret was failure to secure funding and sponsorships to get his inventions into production and to the Third World. This is not surprising because there is not much profit in supporting charitable work.

We can say for sure Fr. Louis was a multitalented, in-depth thinker. He saw the needs of others and found a way to satisfy those needs while not neglecting family needs. He was keenly aware of the trauma for men in a combat zone and stepped up to help. He had a mind set to serve God by serving others. Church formalities and government conditions did not stop him. As a memorial to Fr. O’Hare, the plan is to find sponsors, get a few of his inventions into production,and then to the Third World.

May he rest in peace.

Rhubarb: love it or hate it