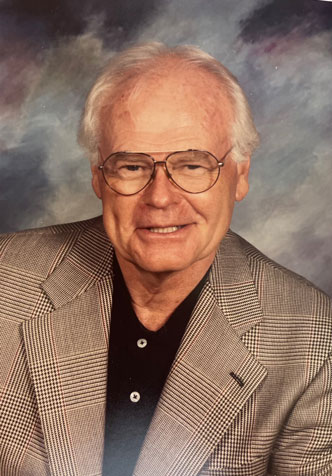 On Saturday, Feb. 19, Farrell C. Trask Jr., of San Antonio, Texas, passed on into God’s graces. After living with well-managed Parkinson’s for the last 10 years of his life, we finally lost him at 84 years of age.

Born in Moses Lake, Wash., on April 10, 1937, he spent his early life in Washington state and Boise, Idaho. Raised primarily by his paternal grandmother and aunts and uncles on both sides of his family, he eventually attended Northrup Aeronautical Institute in Englewood, Calif. Enlisting in the United States Air Force, he was stationed at Lackland AFB in San Antonio, Texas, and Laughlin AFB in Del Rio, Texas.

While stationed in Del Rio, he met and married Roberta Robertson Trask, with whom he had a daughter, Tara. They lived in Corpus Christi, Denver and Phoenix while he worked with Western World Foods as a regional manager for multiple Whataburger stores across the southwest. In 1980 after 17 years of marriage, he lost Roberta to cancer.

Farrell relocated to Dallas, Texas, with Tara and opened Aero-Specialists at Addison Airport, a successful aircraft maintenance business he ran for many years. During that time, he met and married the love of his life, Barbara Burns Trask on March 16, 1991. That union, complete with Barbara’s three daughters, Julia, Martie and Emily, would prove to be the foundation of his greatest joy in life — his family. In 2000, Farrell and Barbara “pre-retired” to Pagosa Springs, Colo., where they owned and operated a retail lighting business together. In their actual retirement, they moved to San Antonio, Texas, to be closer to family.

An avid outdoorsman all his life, Farrell was a skilled angler who enjoyed all kinds of fishing. He was partial to mountain streams and rainbow trout. In his late years, he loved to watch his grandchildren perform music and play sports.

Pagosa Springs Middle School to be recognized as 2014 Healthy School...