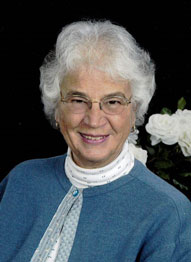 Virginia Ellen Northrop Inkoff, 89, of Indianapolis, passed away on Feb. 17, surrounded by family. She was born on Dec. 14, 1932, in Clinton, Ind., to the late Albert H. and Florence (Satterlee) Northrop. Her father was a Methodist minister and a career Air Force chaplain. She grew up in Indiana, Ill., New York and England. Virginia graduated from Orange County Community College, New York and Saint Vincent’s Radiography in Indianapolis. She worked as an X-ray technician and office manager for Dr. Leo Kammen and Methodist Occupational Health for 35 years. Virginia was a member of the Irvington United Methodist Church. She loved to spend time with her family and was engaged in civic organizations.

Virginia was active in Smyrna and held many leadership positions including the Maharani role. Virginia had previously been very active in the American Legion Auxiliary. She was a lifelong animal lover who never met a dog, cat or domesticated skunk she did not love, while making several her beloved pets.

Virginia married Pete Garza in October 1952 at Marlboro, England. With Pete, she had three children. In July 1963, Virginia married Thomas L. Simpson, who worked for the U.S. Postal Service. Tom died in 1971. In August 1989, she married George Inkoff, who operated Inkoff Tavern in Indianapolis. George died in 2007.

She is preceded in death by her parents and her husbands, all mentioned above; her sister, Florence E. Mote; and grandson Gregory William Bennett.