The number of Americans living with Alzheimer’s disease is staggering: an estimated 6.2 million today, with the total expected to reach nearly 13 million by 2050 if no cure is found.

The disease remains a mystery to many families, in part because roughly half of those living with Alzheimer’s are never diagnosed. A number of other treatable illnesses, including urinary tract infections, diabetes, Lyme disease, vitamin B12 deficiency and depression can often mimic the symptoms of Alzheimer’s, which has no prevention or cure.

To help families better understand Alzheimer’s disease, what a diagnosis means and what resources are available, the Alzheimer’s Association has developed a special one-day interactive virtual program, “Living with Alzheimer’s.” This three-part program, scheduled back-to-back on March 19 will provide practical answers to questions regarding all stages of Alzheimer’s disease.

The first session, from 9 to 10:30 a.m., will focus on the disease’s early stages. Memory loss that disrupts daily life, difficulty completing familiar tasks, and changes in mood or personality are just a few of the most common signs of Alzheimer’s. The importance of an early diagnosis will be discussed as well as questions to ask your physician and how to get support after a diagnosis.

The second session, from 11 a.m. to 12:30 p.m., will address “Living with Alzheimer’s: Middle Stage.” The middle stages of Alzheimer’s are typically the longest and can last for many years. As dementia progresses, the person with the disease will require a greater level of care. The session will address the importance of the caregiver receiving the support they need, as well as anticipating the changes in their loved one, including difficulty in expressing thoughts and performing routine tasks, frustration and unexpected behaviors.

The third session, from 1 to 2:30 p.m., will address the late stage of Alzheimer’s. The late stages may last from several weeks to several years. As the disease progresses, intensive, around-the-clock care is usually required. A person with late-stage Alzheimer’s usually will have difficulty eating and swallowing, be more vulnerable to infections, and need full-time help with personal care. However, there are still opportunities to connect with loved ones through music, visual tools, favorite foods, physical contact and more.

Like all programs and services of the Alzheimer’s Association, “Living with Alzheimer’s” is offered at no charge to the public. For more information or to register, call the Association’s free 24/7 Helpline at (800) 272-3900. 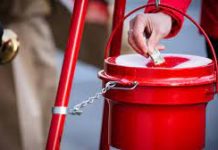