In the fall, the Riverwalk wetlands fill with dead vegetation as the reeds die back for the winter and the surrounding trees drop their leaves. This dead matter serves many ecological functions in the wetlands, providing cover for winter residents and fertilizing plants within the wetland boundaries.

In addition, this vegetation plays a role in a worldwide functioning of the carbon cycle, a cycle which touches almost all life on earth and which has profound significance to human life and society.

The carbon cycle, explained simply, starts with photosynthesis in plants, a process where plants use the energy of sunlight to take carbon, in the form of CO2, from the atmosphere and add it to their own structures. This carbon, in a variety of molecular structures, goes on to form the physical structures of plants.

Whether these plants are consumed to sustain the lives and growth of the creatures that eat them or simply die on their own, the carbon they took from the atmosphere eventually ends up in the soil. Here, microbial decomposers break down the carbon contained in the dead plants, animal corpses, and waste into CO2, which is released into the atmosphere. Here, the carbon circulates in the air until it is taken up again by photosynthesis.

There are many processes and features that complicate the seemingly simple progression of the carbon cycle. One of these complications is the existence of carbon sinks. These sinks are ecosystems, organisms or other features that intake more carbon than they release, thus trapping the carbon and preventing it from re-entering the cycle for a time.

Wetlands, like those along the Riverwalk, are one of the most effective types of carbon sinks, alongside forests and oceans. Their effectiveness as sinks is driven by their extraordinary productivity and by the water that saturates their soils. Wetlands are densely populated by large and fast-growing plants like reeds and cattails, which take in large amounts of carbon to grow during the spring and summer. This growth means that, during the summer, large amounts of carbon are trapped in the wetland plants, temporarily unable to re-enter the cycle.

The water that saturates the hydric wetland soil transforms the short-term carbon sink of the seasonal wetland plants into a long-term sink in the wetland soil. As these plants die back in the fall, the debris sink onto the pond bottom or drop onto the water-saturated soil. The omnipresent water drastically slows the rate of decomposition by severely limiting the amount of oxygen that is available for use by decomposer microbes.

This slow rate of decomposition means that one year’s detritus is unlikely to be fully broken down before the next year’s falls. Thus, a reserve of carbon slowly grows in the wetland soil, a long-term carbon sink that continues to expand as long as the wetland’s health is maintained.

Carbon sinks are especially crucial as human activity continues to accelerate other portions of the carbon cycle. Through deforestation and extraction of fossil fuels, we have drastically accelerated the addition of carbon to the atmosphere, breaking down sinks of carbon that took centuries or millennia to form in a matter of years or decades. Since the uptake of carbon by plants has not increased, and in many cases has decreased due to decreases in vegetation cover and quality, these rapid additions have increased the store of carbon in the atmosphere, warming the planet through the greenhouse effect and significantly altering global climate patterns.

Natural carbon sinks, like wetlands, are a crucial natural tool in our ongoing struggle to mitigate climate change. By preserving current sinks and promoting new ones, we can slow the addition of carbon to the atmosphere and increase its uptake by plants. By preserving and promoting wetlands, we can make significant steps toward mitigating climate change and improving our global future.

So, as you walk through the Riverwalk wetlands and look over the dying vegetation, take the chance to look beyond its natural beauty to consider the impact this wetland has on the global climate and on our lives today and tomorrow. If you want to learn more or get involved in protecting the Riverwalk wetlands, please contact Pagosa Wetland Partners at pagosawetlands@gmail.com. 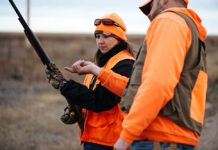 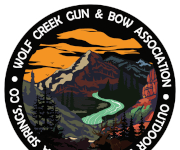 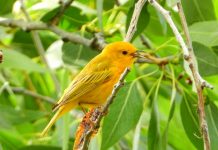 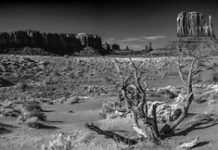 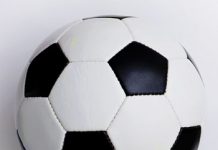 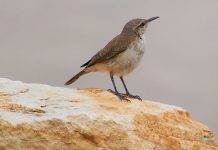 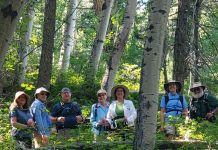 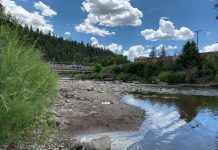 Through use of voluntary closures, CPW asks anglers not to fish after noon on San Juan River through Pagosa Springs