At its meeting on Nov. 9, the Archuleta School District Board of Education is expected to declare two vacancies on the board, for districts 3 and 5.

Mike Moore, who was elected to the board in 2019, resigned as director of District 3 at the board’s Oct. 12 meeting.

Moore announced his resignation during the section of the agenda set aside for board comments, citing that he had to resign after his house sold and he moved from the district.

The board is also slated to declare a vacancy for the District 5 position that has been held by Bruce Dryburgh since November 2013.

No candidates filed to run for Dryburgh’s position for this fall’s election, leaving the district to fill the vacancy via appointment.

According to Executive Assistant Robyn Bennet, the three remaining board members — Bob Lynch, Tim Taylor and Dana Hayward — will declare the vacancies and set the time line and process for appointing new board members at their meeting on Nov. 9.

The vacancies must be filled within 60 days.

Bennett noted districts 3 and 5 are in the eastern portion of Archuleta County.

To be eligible, candidates must be registered electors, have lived within Archuleta School District boundaries for at least 12 months and live within the director district.

More information on the districts is available at: www.mypagosaschools.com. 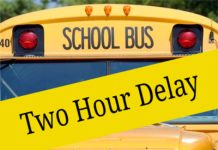