An Archuleta County man has been arrested for second-degree murder following a Sunday incident.

According to a press release from Archuleta County Undersheriff Derek Woodman, Archuleta County Sheriff’s Office (ACSO) deputies were dispatched to 340 Bobcat Lane, in unincorporated Archuleta County, at approximately 10:56 a.m. Sunday, Oct. 3, for a 30- to 40-year-old male who had been stabbed.

“Upon arrival, at approximately 11:02 am, the initial responding Deputy located the body of a white male, deceased, near an outlaying building,” the press release explains. “The immediate area was searched and determined to be safe and was secured.”

The press release indicated that the victim called 911 requesting aid.

“During the 911 call, the victim identified his assailant as his neighbor, Chance Remlinger,” the press release explains. “This identification occurred prior to the victim succumbing to his sustained injuries.”

The press release did not identify the victim.

The press release explains that “Further investigation identified” the suspect as Remlinger, a 23-year-old white male.

Remlinger shows an address through a previous contact with law enforcement as an address in unincorporated Archuleta County, the press release indicates.

It further notes Remlinger was observed by a witness leaving the subdivision at a high rate of speed approximately the same time that the 911 call was made.

“Remlinger was observed driving his 1997 grey Dodge pick-up,” it states.

“At the direction of the Archuleta County Sheriff’s Office, the Trooper placed Remlinger in custody and transported him to the Sheriff’s Office for further investigation,” it explains.

The press release further explains the Colorado Bureau of Investigation has responded to assist in the investigation.

“Remlinger was booked into, and remains at the Archuleta County Detention Facility for 2nd degree Murder. Bond was set at $50,000.00,” it states. 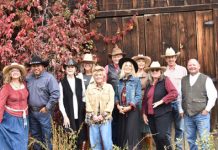 It’s time for a hoedown, and you’re invited 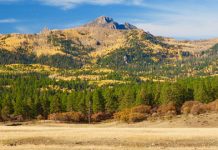 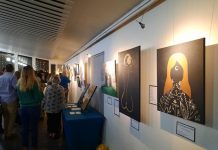 Habitat for Humanity looking to rope in volunteers

Dance the night away while supporting the community

Light Up the Night: Art Above Violence show looks to shed light on domestic violence