The Pleistocene epoch that began 2.6 million years ago sent ice in waves through Yosemite.

Now the residual ice is melting, the streams and waterfalls are drying and the living landscape is burning. In 1990, the A-Rock fire closed the park for the only time in its history so far. The 2013 Rim fire burned around the Hetch Hetchy reservoir; the 2018 Ferguson fire burned along the park’s Wawona Road. Where the fires didn’t spread, their smoke did.

Add in the industrial combustion of fossil fuels, with its climatic impacts, and virtually every management issue of Yosemite today traces back to fire.

The end of the last glaciation allowed us, a fire-wielding species, to interact with an increasingly fire-receptive planet. Our pact with fire was mutual. Fire allowed us to flourish; in return, we have taken fire everywhere, even to Antarctica.

The pact had to operate within boundaries set by living landscapes. After all, fire was a creation of life, which furnished its oxygen and fuel and established ecological barriers. Then we discovered an immense reservoir of combustibles buried in geologic time. It was as though we had found a new world — a fossilized, “lithic” landscape — we could work the way we did living landscapes. The only constraints were those people chose to impose on themselves.

Add up all the burning that people now do in living and it would seem we are refashioning the earth with the fire-informed equivalent of an Ice Age, complete with a change in climate, rising sea levels, a mass extinction, major shifts in biogeography and smoke palls. Little on earth is unaffected.

Fire is driving off the last vestiges of the Pleistocene, from its ice to its mammoths. We have been creating a Pyrocene for millennia, but binge-burning fossil fuels put the process on afterburners.

Fifty years ago, Yosemite recognized that its fire scene was out of whack. The problem then was not too much of the wrong kind of fire, but too little of the right kind. The park sought to restore presettlement fire regimes. Among targeted sites was Illilouette Creek, an elevated basin southeast of Glacier Point.

The park recognized that suppressing fire had stockpiled fuels from the foothills to the crestline, caused Yosemite Valley and the Mariposa Grove to overflow with invasive conifers that blocked views, and prevented the fabled sequoias from regenerating. The park introduced prescribed fire and learned to loose-herd wildfires. The Illilouette Basin shuffled toward something like its former fire regime.

No place has the fire program it wants, but Yosemite seems better positioned than the national forests and private lands around it to cope. The issue is no longer to restore natural fire, but to find the right mix of fires suppressed and prescribed, and of wildfires managed, to ward off the megafires that are plaguing everyplace else.

Yosemite deals with fires that can threaten small and not-so-small villages. Its specialty is working with wildland fire.

By Aug. 20 of this year, the park had coped with 54 fires, 43 from lightning and 11 from people. Some were put out. Some were confined within natural barriers. And a few burning in Illilouette Basin were tweaked as nature’s invisible hand massaged them into five decades of layered burning. The legacy of past fires had altered the conditions for the fires that followed, softening the shock of tougher, meaner burns.

Yosemite has long been celebrated for distilling into near-crystalline state the magnificence of the western landscape. As it moves from ice to fire, it is showing that it may also serve as a proxy for some of what the earth needs to do to survive our deepening fire age. There is no way we can’t not manage fire.

Steve Pyne is a contributor to Writers on the Range, writersontherange.org, a nonprofit dedicated to spurring lively debate about the West. He is the author of “The Pyrocene. How We Created an Age of Fire, and What Happens Next.” Views expressed do not necessarily represent those of The SUN.

Expectations will hold feet to the fire

Mosquitoes undeterred by drought: Four tips to protect your horse

Voting in the primary is important 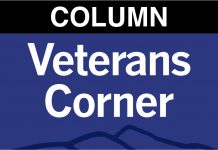 Trusting God and our storms