When Tanya Quinn was young, she and her mom traveled and sold their craft — dream catchers, necklaces, whatever — at festivals, art shows and pow-wows. Face painting became her expertise.

Quinn swears she once was painfully shy.

“I couldn’t go into a public bathroom alone. But I took a couple of acting classes at the community college and that got me out of my shell. That was my only experience with theater, until I got a work study job in a theater hanging the lights,” she said.

Despite a broken hand, Quinn got another work study position in the ceramics department at University South Florida, Tampa.

“That was a challenge. My job was to take old clay scraps and recycle them. My professor told me I was hooked (he was right) and my study became ceramics,” she said.

She graduated with a BFA in ceramics in 2004.

Later that year, Quinn moved to Pagosa Springs with her dad. Shortly after, she met her husband, Jeff, and began her journey as wife, mother and artist. But her first job was chasing balloons.

“I’ve chased a hot air balloon off and on for 15 years. I set it up and help take it down. I crewed until I was five months pregnant. I still occasionally crew. You might see me working at the theater for an hour or two after chasing a balloon that morning, and after that I’ll sew on my industrial sewing machine,” she said.

She noted, “They are everyday people and their mannerisms, oddities, morbid motifs, ancient art and world culture. I name all my pieces and they all have meaning to me.”

In 2015, Pagosa Springs Center for the Arts Executive Director Laura Moore asked Quinn if she would make masks for their Masquerade Ball. Then Moore asked if she wanted to do props.

“My first show was ‘A Picasso.’ The following summer, I did all five shows and jumped into ‘Tarzan’ as lead set artist and properties master,” she said. “I spent 300 hours making the set and creating the trees. We paper mache’d them to make them durable like Kevlar, yet soft, so the actors wouldn’t hurt themselves. I went from what’s a prop to you got it all.”

Quinn is also the set dresser.

Most of the props are hand-built, altered or upcycled from materials found at thrift stores and antique shops. This is ultimately an evolution of Quinn’s artistic development. Creating/building props has expanded her attention to detail and knowledge of multiple mediums.

“I have a strong craft background and that helps the fine arts aspect. I’m just a fabricator,” she said.

She added, “Being properties master is sometimes stressful. There are deadlines. But it’s expanded a whole new world of creativity. I get to work with people like Nanette Chafers and Jill Fives, and Laine Wong and Melissa Firlit. It’s fun to collaborate with people who are great at what they do. And working with the actors — ‘Is this prop working for you? Or is it going to kill you?’”

Quinn is a woman whose personality collects nicknames. As a 2012 Pagosa Roller Derby Girl, she was “Hot Toxic.”

“It was a great group of girls, but it’s full contact. And it hurts. I still roller skate. If you see somebody on roller skates with big lips on their helmet, that would be me,” she said.

“Hairspray” director Michael Thomas Walker named her “Prop-Tart.” It stuck. Other nicknames are “T-Bone” (T for Tanya and Bone for bad to the bone) and “Lady MacGyver.”

Quinn is an amazing artist and personality. Enjoy her lobby show, “Mise-en-Scène,” and learn about a ceramic mixed-media artist, who doubles as the prop-tart. 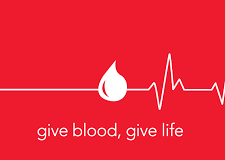