Harry (Papa Harry) Cole, a lifelong resident of Archuleta County, passed away on March 21 at Banner Baywood Hospital in Mesa, Ariz., of natural causes. He was 86 years old.

Harry was born into pioneering families on Nov. 25, 1934, to Victor and Alice Cole (Lattin) in Dulce, N.M. Young Harry was tied to Pagosa Country through both sides of his family — ranching and farming was the way of life for the Coles; logging and log skidding by teams of horses was the way of life for the Lattins. His paternal grandparents, Joseph A. and Emma Cole, homesteaded in the Blanco Basin in the late 1880s. Their place would later become the Red Ryder Ranch. Harry’s father, Victor, eventually joined the Lattin family crew as a log truck driver. In those days, the loggers’ homes were built on skids and moved from one timber sale to the next. There was not a corner of Archuleta County that Harry did not count as “home.”

But times were tough and people followed available work. Hence, when Harry was a young boy, his family left logging and moved to Albuquerque, N.M., where his mother’s family had taken work in a dairy. His father, Victor, worked at the dairy and a vineyard in the South Valley. Harry had fond memories of eating ice cream fresh from the dasher. He also spoke about how nicely he was treated by the German POWs from Camp Albuquerque who worked at the dairy. Politics aside, those men missed their families and treated Harry like a surrogate son. Pop always had the ability to bring out the best in people. The family lived in a boxcar during those years and Harry often regaled the family with stories about those lean times. Childhood hardships taught him to value the simple pleasures of his boyhood: raising pigeons and gigging for frogs to help feed the family, catching turtles in the bosque to trade at the five and dime store for candy, and enjoying his time with his grandparents, Harry E. and Alvern M. Lattin.

Shortly thereafter, Victor used his dairy experience to land work running a dairy for the Jicarilla Apache Nation in Dulce, N.M. Harry started school in Dulce and had many friends whose favorite summer pastime was to catch and claim a wild burro to ride for the summer.

Harry returned to Pagosa and entered school in the sixth grade. He graduated from Pagosa Springs High School in 1951.

During his high school years, he was a star athlete in football and basketball. Naturally, he fell in love with a cheerleader who would become his future wife and life’s partner, Alene Thomson. They were married in the Old Methodist Church on Lewis Street on Aug. 30, 1952. To this union, two daughters were born: Cindy (Lister) and Debbie (Candelaria).

Harry had worked throughout his teen years at service stations in town and his automotive knowledge helped him secure a job with Morehart Chevrolet in Pagosa as a parts manager. When the dealership moved to Durango, Harry followed, relocating his young family. They stayed there for six years before coming home to Pagosa. Upon their return, Harry and Alene partnered with Victor and Alice to operate Cole’s Grocery on Main Street, which many longtime residents will remember. The family prided itself in hard work and personal service, including grocery carryout and home deliveries. It was a family venture and the young girls helped by stocking shelves when they were not in school. Winter months for businesses were difficult because logging and lumber mills closed seasonally. Lively cribbage games with friends occupied the hours between fall and spring.

Eventually, San Juan Lumber shuttered the sawmill in Pagosa, a sign of an economic downturn. A stagnant economy forced many small businesses to close, including Cole’s Grocery. Harry, with his business background, went to work at Citizens Bank on Main Street with longtime friend Junior Sorensen. Later, Harry struck out on his own as an agent for New York Life. As his grandchildren aged, Harry became a professional driver navigating his school bus on routes throughout the county. He took the job as a driver so that he would be able to transport and watch his grandchildren as they competed in their various sports. He was the favorite driver for coaches and students on activity runs and athletic trips. On these trips, he became “Papa Harry” to generations of kids in Pagosa. It was a comfort to coaches and parents alike to know that the kids were in Pop’s capable hands.

Harry had many hobbies and interests including camping, water skiing, gold prospecting, and he was an accomplished hunter and fisherman. He hunted to secure food for his family. He wasn’t a trophy hunter, reminding fellow hunters that, “You can’t eat the horns.” He taught his daughters and to his grandchildren the finer points of being outdoorsmen and women. In turn, this tradition has been passed on to his great-grandchildren. It was something to see Harry dressed in hunter orange with his grandchildren in tow, weaving through the forest like an orange caterpillar. Pop enjoyed the time with the kids as much as he appreciated the hunting. The procession would occasionally stop, build a warming fire, drink coffee and eat candy bars before Harry would have to help his grandkids find their misplaced gloves. Invariably, the deer and elk took this moment to rush by. Hunting with Pop was always the best day ever — it never mattered if anyone got anything or not.

Eventually, Harry came to enjoy “butchering and packing” elk and deer as much as hunting. It became his true calling. At first, he and Alene ran their meat processing shop out of the basement of their home for family, friends and neighbors. There was so much demand — and working with Pop and Nanny was so entertaining — that Harry eventually built a specialized shop. Meat processing was hard work, but Harry and Alene were quite the pair. Alene could wrap meat as fast as Harry could cut it. Family, including grandchildren, great-grandchildren and friends were heavily involved in the work which became an annual fall ritual. Harry and Alene would only process meat if the customers were willing to help. They worked with people, not for people, and developed a familial relationship with the many local clients who returned year after year.

Harry was also an accomplished pitmaster, specializing in beef brisket cooked in his mesquite-fired smoker. He provided briskets for the annual county fair, family reunions, funerals, holidays and weddings. He and Alene prepared the entire chuckwagon barbecue for the Archuleta County Fair for several years. He saw cooking as a community-building affair, treating it as a public service.

Retirement came late for Harry and Alene, but they never really slowed down. Several years ago, growing tired of the snow, Harry and Alene sold their place on Snowball Road and moved south of Pagosa Springs to Arboles, Colo., where they bought 80 acres. From their front porch, they could just see Navajo Lake. It reminded them of years past, weekends waterskiing, spring catfishing and even an occasional goose hunt. More recently, they became true snowbirds, buying a winter residence in Queen Valley, Ariz., a retirement community they shared with other retirees from the Pagosa Springs area.

They spent their time gold prospecting, camping, playing cards with family and friends, gardening, irrigating their pastureland and playing bingo in Colorado and Arizona casinos. They rarely came home from the “bingo parlor” without winning something and took pride in playing on the casino’s money.

During the summers in Arboles, while Alene tended her flowers, Harry grew grapes to make homemade wine. Always the life of the party, Harry and Alene were also good dancers and enjoyed everything from a honky-tonk two-step to dancing the jitterbug to Glenn Miller’s “In the Mood.”

Harry was also very active in community affairs and civic organizations from the Lions Club to the Archuleta County Fair board, and the Masonic Lodge. He also served on the board of directors for LPEA for 20 years and was the representative of WESODI, the construction arm for LPEA, He received awards for exemplary service to the 4-H and LPEA.

But the core of Harry’s life was always family. Family holidays were important, especially Christmas. Children of the depression, Harry and Alene worked tirelessly to make every Christmas the very best Christmas at their Snowball Road home. Money might be in short supply, but love never was. While Nanny made homemade fudge and patiently and meticulously trimmed the tree with icicles to make it shimmer, Pop was known to “carefully” duct tape the Christmas lights to the front porch. Inevitably, a festive argument would ensue. In the end, Pop always deferred to Nanny. If her “perfect” tree had bare spots, Papa would take his trusty electric drill to add branches to make it “more perfect-er.” Harry was famous for his special foamy eggnog recipe which was ladled up before the big turkey feast. There was always space for one more at their Christmas table. It turns out that everyone, relative or not, was part of the family. Every guest for every holiday had to sign the table cloth and leave a note for the future. The stories of so many of our lives are etched on those sheets. It is perhaps our most cherished tradition.

Harry was preceded in death by his parents, Victor and Alice Cole; three siblings, his oldest sister Alvern and his two brothers, William Victor and Richard Lyle; his in-laws Al and Geneva Thomson; one nephew, Rick Thomson; Rick’s parents, Blaine and Mary Thomson; and one niece and nephew, Vicki Trujillo and Little Ray Cook.

He is survived by his wife of 68-plus years, Alene, and by his two daughters Cindy (Larry) Lister and Debbie (Patrick) Candelaria; one sister, Helen; her granddaughter, Sheena, and her family; and one nephew, Rocky Thomson, and his family.

The Lister grandchildren and great-grandchildren are: Eric and Carla (Dach) and their children, Joshua and Theresa; Jesse and his daughters, Megan and Alice; Joshua, Jesse’s twin who died in infancy; Clinton and his children, Gage and Paisley; Darin and Michele (Barcus), and their sons, Landon, Cruz, and Paxton.

Harry was larger than life and was a joy to be around. To all, he was patient, generous, helpful, and his wit and sense of humor remain legendary. His stories and his sayings will be recorded and passed on by all who have known him over the years. He and Nanny were inseparable and were completely devoted to family, to friends and to our community. One dear family friend described Papa as a storehouse of local knowledge, old-school wisdom and humor with a perfect touch of orneriness. Papa Harry, our beloved family patriarch — and a truly great role model for the community — will be deeply missed by family and friends.

The family wants to extend their deepest gratitude to Dennis and Susie Kleckner and Charles and Donna Formwalt for their love and care for Nanny and Papa.

At this time, there are no plans for a formal memorial service due to COVID-19, but the family may hold a gathering at a future date. 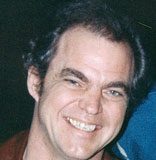