We’ve been writing about our neighbors, the Jicarilla Apaches, who were greatly affected by events happening around them in the late 1600s. Jicarilla is said to mean Basketmakers, which the Jicarilla were and still are.

At that time, Comanche Indians began moving from the Great Basin into the Apache homelands in northeastern New Mexico. At the same time, French traders operating from the upper Mississippi River established contact with the Plains Indians. The Comanches acquired guns from the French, while the Spanish prohibited the Apaches from getting guns. As a result, the better-armed Comanches were able to drive the Apaches close to the mountains and foothills of eastern New Mexico by the middle 1700s.

The Faraon Apaches of south-central New Mexico raided Spanish and Pueblo Indian settlements of northeastern New Mexico and hit the Jicarilla hard. The Jicarilla bolstered their defensive abilities by striking a pact with the Spanish for help.

A sort of uneasy peace prevailed for the Jicarilla until the Mexican government, between 1821 and 1846, awarded eight private land grants and five town grants from Jicarilla lands. For the Jicarilla, this meant dispossession from sacred lands. Dispossessed, they began to raid more frequently and ultimately clashed with the U.S. Army.

When the Americans arrived in 1846 and took possession of New Mexico, the Jicarilla were divided into two bands. One band, the Olleros, lived primarily along the upper Rio Grande River and its tributaries: the Ojo Caliente River and the Chama River north and east of Abiquiu. In the summer, they migrated north past Tierra Amarilla’s mountains to the mountains of southern Colorado, mostly in the foothills on the eastern side of the San Juan Mountains.

The second band of Jicarilla’s, the Llaneros, lived mainly in Mora and San Miguel counties of New Mexico and along the foothills of the Sangre de Cristo Mountains. They hunted mostly on the Great Plains.

After occupying New Mexico, the general attitude of the U.S. troops and civilians was one of hostility and contempt for the Indians, especially the Apache. Intimidation by a display of military strength was thought the best way to control Indians in those frontier times.

Was it worth fighting over? 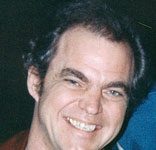