Eddie Kemm found the pool table early in the pandemic. It was the second one he had scouted after the governor’s order shut down the bars — including Kemm’s favorite pool hall — in late March. When the halls went dark, so, too, did a significant part of the social life of an 81-year-old man who lives alone. It was like an amputation. He was, he said, miserable.

In ordinary circumstances, Kemm would not have committed himself to a purchase impractical for a man living on $1,200 a month in Social Security. But then the stimulus check arrived and, even if it hadn’t, the difference between luxury and necessity lies in the eye of the beholder during the long, isolated days of the pandemic.

What he knew after just a couple weeks away from his social circle, unable to play the game he practiced in his mind while lying in bed, was that he was “going crazy.”

Kemm had been living alone in the same house in Denver’s Westwood neighborhood for almost 40 years. Overall, he’s never minded it. He and his ex-wife had two sons and both died — one years ago and one not so long ago. When loneliness strikes it comes in the shape of their absence, a knee-buckling aloneness. “It comes and goes and it will until I die,” he said.

He keeps himself busy because the skills of a former maintenance man and groundskeeper are never out of demand and Kemm is generous with his time and his tools. When he’s not busy, well, that’s why God invented popcorn, TV trays and Westerns.

So, when the pandemic hit in March, it wasn’t the “being alone” part that got to him. It was the denial of the choice to be alone. It was the disruption to his routine, the inability to head into BC’s bar in Lakewood for Monday night tournaments. It was missing that first swallow of an O’Doul’s and Clamato, listening to the banter and the bull while observing his opponents work their angles.

“What makes me special is my ability to study people and see how they shoot,” he said. “That’s a gift that God gave me.”

Kemm is not a man to consider mental health counseling, having been raised firmly in the “you have a problem, you figure it out,” tradition. When isolation descended, his solution was getting a pool table of his own. It was never going to fit in his 876-square-foot house. “It would have looked stupid,” he said. So, in preparation, he added more pavers to his backyard patio, making sure everything was level, and added some crossbeams to an existing frame so it would support a roof of plywood.

The table he bought from a pool hall and has a couple of beer stains, but he plans to replace the gold felt with the best he can afford. The quarter slot is still attached. It was $400, plus the $40 each he paid the guys who drove to Montbello to load and then unload it again at his place.

When the bars were still closed in the spring, about four or five guys from BC’s would come over and practice and that was a tiny beachhead of normalcy. When the bars at least partially reopened, Kemm returned to his Monday night games, but a couple guys still come over from time to time.

His world is small by design. He knows himself. He knows that when he finds himself eating while standing that he is nervous. He knows that if he allows too much of the bigger world through the front door right now, it will swamp him. He does not worry about the pandemic. He knows that he needs to prioritize his concerns to what is right in front of him, like whether the Department of Human Services will mess around with his food stamps again.

The world is a cacophony. The game is governed by rules. The world throws curve balls. The game is geometry. Clean, precise, predictable if you know what you’re doing. The world narrows to his backyard, to the surface of the table, the clack of ball striking ball, and the drop, solid, satisfying, into the pocket.

In early November, Kemm contracted the virus and ended up at St. Anthony’s Hospital. Even from his bed, talking on the phone, he insisted that he was not going to worry, that he has had a good life and “this is part of my life now.” He just wanted to know where his breakfast was.

But he took a turn for the worse and had to be placed on a ventilator for more than a week. As of early December, he had been transferred to the VA hospital, teetering between stable and critical condition. His granddaughter has had to step into the role of decision-maker. His long-time neighbor collects his mail and gets updates through Kemm’s sister in New Mexico — all of them forced to work angles even he never saw coming.

To capture the current psyche of our state, The Pagosa Springs SUN is partnering with nearly 100 others through the Colorado News Collaborative (COLab) to document how Coloradans are coping. Our hope is that in a state where stigma around mental health struggles runs high, this reporting and the conversations that follow will prompt better understanding of widely misunderstood and hidden experiences.

You can reach Tina Griego at tina@colabnews.co. 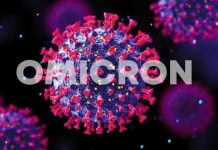 Undersheriff Derek Woodman: The ‘best job at the sheriff’s office’