Robert Leslie Harbison, 64, of Belton, Texas, formerly of Georgetown, Texas, passed away on May 26, after numerous medical and surgical complications. Known as an unstoppable force of nature, Rob was determined to live as boldly as possible even at the end of his life, demonstrating his characteristic resilience and determination even in the face of overwhelming odds. He passed while surrounded by family.

Rob was born in 1955 to Clifford Harbison, an entrepreneur, and Charlotte McConnell Harbison, a homemaker, both of Odessa, Texas. He was the elder brother of Doug, Drew and Elizabeth. Growing up in rugged west Texas, Rob developed a passion for the outdoors, particularly for fly-fishing, hunting and sight-seeing. As a teen, he attended Permian High School, earning accolades for his football performance on the Permian Panthers, the team of Friday Night Lights fame. He additionally ran track and performed well in academics. Following high school, he attended Odessa Community College, Texas Tech University and ultimately the University of Texas at Austin, receiving dual degrees in business administration and English. Following brief graduate studies in business, he began his career in real estate, finance and property development. Rob thrived in the Austin community, focusing on helping the less fortunate as he gained personal success. He will be remembered for his love of the National Parks System, animals and shock humor as well as his enjoyment of beer, a good steak and the classic combination of Vienna sausages and saltine crackers. He was a big fan of music across diverse genres and his family remembers his jam sessions to The Doors, Fleetwood Mac, Blondie and even to the classical works of Vivaldi. His admiration for Christina Aguilera and Lady Gaga were implicit. A jack-of-all trades, his family retains stories of his adventures as an exotic game rancher, amateur football league coordinator and supreme grill master of all the red meats. Most of all, they remember the boldness of his life and his zeal for productivity in all that he did.

Though he may be gone in body, his memory will remain legend. He is survived by his wife, Fran Knox, of Belton, Texas. Additionally, he has four children with his former wife, Cindy Patton Harbison: Brooks Harbison, a psychologist studying in Louisville, Ky.; Beau, owner of Mitchell Auto Sales, and wife, Grace Harbison, of the U.S. Virgin Islands; Barrett Harbison, project consultant of Dallas, Texas; and Bradie Harbison, a mental health counselor of Austin, Texas. His surviving siblings include Doug and Kim Harbison of the U.S. Virgin Islands; Drew and Anna Harbison, of Pagosa Springs, Colo.; and Elizabeth Rall, of Austin, Texas. His father-in-law and lifelong friend is Douglas Bernard Patton, of Clute, Texas. A man known for building large social networks, Rob had multiple honorary family members, including Ross Duncan and Brian Frost. Rob has many friends in Georgetown and the surrounding area, and he will be greatly missed. He is also survived by numerous cousins, nieces and nephews across the U.S., all of whom he adored.

In lieu of flowers, Rob wanted donations made to Yellowstone National Park, one of his favorite places on earth. His family plans to spread his ashes there during a private event where they can remember and honor him in his most sacred of places. 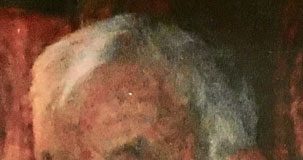