Doris Kay Lattin, beloved wife, mother, grandma, sister, twin, aunt and friend, passed away at home Dec. 9.
Doris was 74 years old and is survived by her husband of 56 years, Ray Lattin, son Doug and his wife, Kathie, daughter Lori and her husband, Melvin Chavez. Her brothers, Victor, Dwayne and Dennis Parkhurst, and sister Carol Mercier; her grandchildren, Traci Bishop, Chris Lattin, Brad Lattin, Kevin Armfield; step-grandchildren Timothy and Maranda Chavez; and great-grandchildren Hayden and Riley Bishop, Jake Lattin-Chavez and Corben Lattin; and numerous nieces, nephews and friends. She is proceeded in death by Lloyd, Edna and Ricky Parkhurst.
Doris graduated from Pagosa Springs High School in 1963 with her best friend Linda Pennell. Eventually, Doris and Ray moved to Reno, where she opened up a beauty shop named Aladdin’s Lamp. In 1983, they moved back to Pagosa Springs to operate the family ranch, which she enjoyed. At that time, she also was working in the family business.
Her joys were her grandkids, great-grandkids, gardening, painting and birds.
We will have a gathering this spring in her honor. In lieu of flowers, please make a donation to the cancer research center in her name. 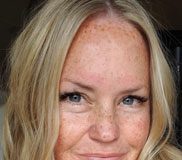