Fernando Trujillo, 86, passed away on Oct. 30 in Apache Junction, Ariz. He is survived by his wife, Dixie, several stepchildren and step-grandchildren. He is also survived by his son, Mike, of Oregon; John, retired U.S. Army; and daughter Petra Moser, retired U.S. Navy; five grandchildren and nine great-grandchildren; brother Armando (Alice); sisters Nea Branson, Mary Bradley (Ron), Priscilla Gallegos, Lucilla Hoover and Becky Everage (Jim); and numerous nieces and nephews. He is preceded in death by his parents, Tobias and Rosa, brothers Fanio and Carlos, and four half-brothers.
He lived in Pagosa until the age of 19 and worked for various local sawmills. After a previous marriage, he worked as a ranch hand in Oregon and Wyoming. Later in life, he worked as a cook on an offshore drilling rig.
After retirement, he moved back to Pagosa, where he made contact after 57 years with the love of his life, Dixie. They married in Pagosa and move to Arizona, where he resided until his death.
Services will be celebrated at a later date at Hilltop Cemetery. 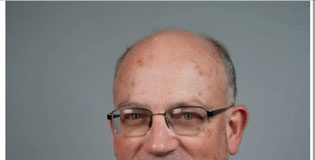