Norman Lee Karn Jr. was born in Washington, D.C., on Feb. 16, 1950. He moved to Washington state when he was young and then to southern California at the beginning of his adult life. He moved to Pagosa Springs in 1996.

Norman was a master mason with stone and brick and was a member of the Masonic Lodge. As a Brick Layers Union representative, he taught high school students his trade for several years in the CETA program. He continued his profession in Pagosa Springs by creating public and private structures, while teaching other people his trade.

He was also a member of the Colorado Mounted Rangers volunteer organization.

He is preceded in death by his parents, Norman Lee and Gloria Stevens Karn.

Norman is survived by his wife, Janet Karn; and his children, Stacie Jordan, David Karn and Jeffery Meyer. 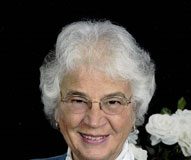