The total sales tax collection in January for Archuleta County was $630,441.77, according to a report issued on Thursday, March 8, by Archuleta County Finance Director Larry Walton, with the town and county each receiving $315,220.89.

“The total January 2016 sales tax is $10,093 (1.62%) ahead of January 2015,” reads Walton’s report. “While we expected the increase to be slightly higher than this, it is still the highest January sales tax amount in our records. 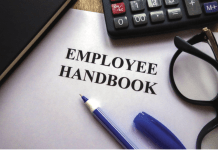 Is your business ready for 2023 employee program deductions?

Geothermal Greenhouse Partnership serves community with eyes on the future