Mother loved cooking, knitting and playing dominoes. But mostly she loved being a mom and a grandma. Ann and Abner, after retirement, enjoyed living in a cabin that Abner and his children built at Vallecito Reservoir. They wintered for a time in Mexico before finding a permanent second home in Sun City, Ariz.

Ann was preceded in death by her husband, Abner, her mom and dad, and her brothers, Kenny and Bob.

She is survived by her daughter, Sandi; husband, Donnie Waters; her sons Decker, wife Aileen Hahn, and Robert, wife Laurie Hahn; her grandson, Brian; her sister, Sharon; her brother, Willard; and numerous nieces and nephews.

A private service will be held at a later date.

In lieu of flowers, memorial contributions can be made to Friends of the Durango Public Library, Attn: “Children’s Section,” 1900 E. 3rd Ave., Durango, CO 81301. 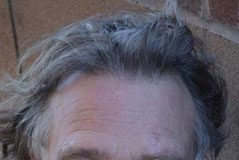