By Stephanie Carson
Special to The SUN

At least $30 million has been generated so far by Colorado’s special tax on the sale of marijuana, but some “fine print” in the Taxpayer Bill of Rights (TABOR) law may force the state to refund the money marijuana sales have generated, instead of it going to schools.

According to Proposition AA, passed in 2013, the first $40 million generated by taxes on recreational marijuana would be allocated to build and fix rural schools.

Economist Chris Stiffler with the Colorado Fiscal Institute said the story reads much like a popular holiday cartoon.

“Twice now, voters have said they want to tax marijuana and give it to schools,” said Stiffler. “Now, because of this weird quirk in TABOR, we’re going to have to actually return all the money generated from the marijuana taxes. This is like the Grinch sneaking into town on Christmas Eve and instead of stealing your presents, stealing the roof off the schools.”

The refunds will be issued because the state’s estimate of the total tax revenue it would have at this point was off by less than 1 percent. That includes all tax revenue, not just the tax on marijuana. Under TABOR, that discrepancy triggers tax refunds. As for how the refund will be handled — one proposal would temporarily lower taxes on recreational marijuana.

Stiffler said the current issue with TABOR is an example of why the amendment creates impractical situations for the state as it enacts policies.

“On paper, TABOR looks really good when you talk about voters’ ability to vote on their own taxes,” said Stiffler. “But when you really think about TABOR, you run into a lot of these unintended consequences. This marijuana rebate, the fact that we have to maybe vote three times to tax marijuana and give it to schools, is one of those consequences.” 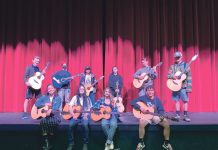 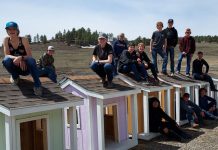