With Election Day behind us at last, next year’s Colorado legislature begins to take shape.

For the first time since being elected in 2006, I’ll be serving in the majority party as Republicans won a slim majority in the Colorado Senate. The House remains in Democratic control, as does the governor’s office, which means that the 70th General Assembly, beginning in early January, will have a split legislature. Typically, this means less controversial laws passed and more effort put into finding common ground between the two parties.

In writing these columns, I try very hard to stay away from partisan positioning as the point of the columns is to explain what it’s like to be in the state legislature and to represent my politically and geographically diverse district. Yet, I have to say that I’m excited to be in the majority and to help put forth an agenda that the Senate Republicans feel will move all of Colorado forward. I’m also honored to have been elected as the Senate president pro tempore, under the leadership of Senate President-elect Bill Cadman, from Colorado Springs, whom I’ve served with for a number of years.

Upcoming attractions for new and returning legislators include committee assignments, which will determine where we’ll spend much of our days during the session. There’s a lot of preparation to be done in advance of the start of the session as we incorporate new legislators into the process. Of the 18 senators in my caucus, seven are new to the senate, although several have been serving in the House and one previously served as a senator.

As mentioned in past columns, I’m sponsoring several bills from the wildfire matters and water resources review committees. Each legislator is allowed up to five bills to carry and interim committee bills aren’t part of that limit. I’ve been working on a few bills based on ideas from my district and I’ll need to determine soon whether these ideas are ready to advance into introduced legislation.

In addition to my leadership and legislative duties, I’m excited to continue working with the Colorado Youth Advisory Council, (COYAC). The council’s made up of 40 youths from around the state and is charged with the mission of providing the youth voice to legislators. These students help shape policies and priorities with their input at the Capitol. Logan Graham, a Durango senior, is the youth co-chair of the council and it’s great to have a student from my district be elected to that leadership position.

COYAC’s been going strong since its creation through a bill I carried in 2007, drafted in large part by two dozen high school students from southwest Colorado. The students who shaped the vision of COYAC into the successful reality it’s become can be very proud of the role they played in bringing the very relevant youth perspective into Colorado’s governance.

As in past years, COYAC is diving into tough policy areas. This year, they’ve chosen school safety, combating human trafficking, bullying, youth homelessness and suicide, standardized testing and the importance of water as a natural resource. They’ll be learning more about each of these issues and, ultimately, will present their thoughts and recommendations to legislators next spring. You can learn more about COYAC by visiting the website at www.coyac.org. 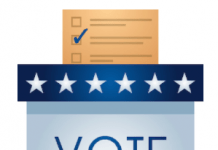