With the ushering in of a new Pagosa Area Water and Sanitation District (PAWSD) board, the Dry Gulch project and PAWSD’s relationship with the San Juan Water Conservancy District (SJWCD) are once again being defined.

Below is a recap of the current Dry Gulch situation as it relates to both PAWSD and SJWCD.

Rod Proffitt, president of the SJWCD board, was authorized to act of behalf of PAWSD in matters concerning Dry Gulch through May 5.

Proffitt emailed copies of a letter of intent and memorandum sent to PAWSD, regarding Dry Gulch, to The SUN.

In his April 28 memorandum, Proffitt stated, “Because my authority to act on behalf of PAWSD ends May 5th, everything that can be done has been done. For efforts to continue toward fruition, I will need the PAWSD board show its renewed confidence in the process through a vote to extend the existing resolution.”

Proffitt will present a Dry Gulch report to the PAWSD board during its June meeting and will seek agreement on different aspects of the project to continue moving forward.

The memorandum noted that progress has been made this year between the two districts, particularly during a Feb. 17 meeting out of which a letter of intent was prepared and sent to state officials regarding the future of Dry Gulch.

The most significant development to come from the Feb. 17 meeting, according to Proffitt, was the understanding that “the Running Iron Ranch has a presumed value in the range of half the purchase price. This value supported a reduction in the loan proportional to the equity in the land. This also represented the highest value PAWSD might receive in a sale of the land before costs.”

The Running Iron Ranch was purchased to support the original 35,000 acre-foot reservoir plan. The Dry Gulch plan has since been reduced to 11,000 acre-feet.

It was recently brought to SJWCD’s attention that “PAWSD … wants title to the ‘Ridge Parcel’ (a third of the ranch [roughly 200 acres]) and [to] keep certain water rights in the Park Ditch.”

According to Proffitt, both the “Ridge Parcel and the Park Ditch shares were purchased with the State loan PAWSD seeks to restructure.

“The State has communicated a concern that taking away a third of the property is problematic since it reduces the equity value in the ranch as a whole,” Proffitt states. “So too, the State is concerned that taking water away from the ranch reduces the value of that ranch. State officials I have talked to are open to discussing options to pay down the restructured loan through the sale of the Ridge Parcel.”

At this point, PAWSD and SJWCD, along with their attorneys, are still negotiating the specifics of the water rights and property ownership.

Proffitt noted that, “Efforts have focused on balancing the need of the State to re-coup its investment with the PAWSD need to reduce its debt and end its participation in the Dry Gulch Project. If that balance can be found, then the District [SJWCD] would be able to keep the pool basin intact and move forward with the project.”

Proffitt expressed that he “feels quite comfortable acting on behalf of PAWSD on the broader issues;” however, once the districts move beyond discussion into legal action, “Jeff Robbins [PAWSD’s attorney] needs to play a much greater role and take the lead on PAWSD related issues.”

Proposals on the table

Several “principles of agreement,” dated April 4, were presented to both districts and the state. The proposals are still being discussed and none of the agreements have officially been adopted. The agreements are expected to be formalized on or before Sept. 2.

The SUN was provided with a copy of the April 4 agreements, which propose the following:

• The districts will request that the state forgive half of the $9.2 million loan taken out in 2007 by PAWSD. If the loan restructure is accepted, PAWSD would begin making payments Jan. 1, 2015.

• PAWSD would “transfer all right, title and interest in and to the remainder of the Running Iron Ranch to SJWCD by Special Warranty Deed,” except the Ridge Parcel, outlined in a follow-up letter of intent by Proffitt.

• “SJWCD would agree to mortgage its fee simple ownership to the Running Iron Ranch to the State for the amount of $5 Million; said amount to be forgiven if the SJWCD begins work on the Property by December 31, 2024. If work does not commence by that time, SJWCD would agree to sell the property, sign it over to the State, or begin making payments on the outstanding balance at the option of SJWCD.”

• “SJWCD would agree to immediately assume all forthcoming costs and expenses associated with the Project, and will absolve PAWSD of any further or additional obligations under the agreement(s) terminated March 22, 2014.”

Agreements proposed also include protecting the future interests of both districts in purchasing and providing water, attracting different partners to replace PAWSD’s role in the project, and others.

The Colorado Water Conservation Board (CWCB) has been a major player in the Dry Gulch discussions.

According to Proffitt, the CWCB “financed property needed for the development of Dry Gulch to this point … [and] is critical to resolving how PAWSD exits this project and SJWCD moves Dry Gulch forward.”

In an email sent to state officials April 24, Proffitt wrote, “The State has not decided definitively Dry Gulch is a project they want to get behind and support by making it possible for PAWSD to get out of the project without making it impossible for SJWCD to move the project forward.”

Originally, it was believed that CWCB would discuss taking on the project during a closed session in May and then during a public session in July. However, as of May 13, the CWCB has delayed putting Dry Gulch on the agenda. The public meeting will now likely not take place until September.

Proffitt informed The SUN that a meeting with the CWCB is scheduled for June 3 to further refine the Dry Gulch project proposal. Updates on the project will continue to be made available as they occur. 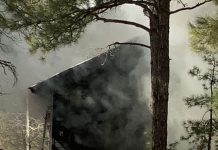 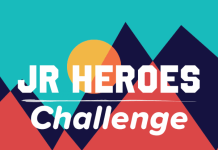