Our much loved husband, father, brother, uncle, grandfather and friend, LeeRoy G. Heaton, went to be with our Lord on June 14, 2013.

He is survived by his wife Joyce of 43 years, and his brother Gary Heaton; his son David Heaton and his wife, Manuela; his daughter, Cher Mosley, and her husband, Greg; and stepson Tony Scarpinato, and his wife, Janet. His grandchildren, Breanna, Jessica, Crysten, Kaitlin, Rachael, Hannah, Andrew and Jordan, and seven great-grandchildren.

Grandpa loved spending time around his grandchildren and great-grandchildren. He will be greatly missed.

A celebration of life will be held for LeeRoy “Spud” on Saturday, July 6, 2013, at 10 a.m. at Restoration Fellowship.

Lunch will be served following the celebration. 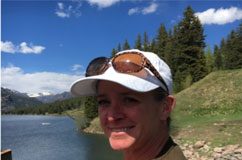