By Meg Heath
Special to The SUN

The Intermountain CFC Local Federal Coordinating Committee is seeking applications from eligible charitable organizations from southwestern Colorado that wish to be part of the CFC Charity List for the 2013 campaign.

The Combined Federal Campaign (CFC) is the only authorized solicitation of employees in the federal workplace on behalf of charitable organizations. Federal employees continue to make the CFC the largest and most successful workplace philanthropic fund-raiser in the world. The campaign enables military and civilian federal workers, including U.S. Postal Service employees, to support charitable causes of their choice.

In 2012, federal employees in southwest Colorado raised more than $13,000, while the Intermountain CFC raised $2,754,000 for charitable organizations selected by the individual federal employees who made voluntary contributions via payroll deduction, check and cash gifts.

Combined Federal Campaign (CFC) Charities are organizations with status as tax-exempt charities as determined by the Internal Revenue Service under 501(c)(3) of Title 26 of the United States Code that provide health and human services and that are determined to be eligible for participation in the CFC.

CFC applications must arrive no later than March 27, 2013.

Snow to intensify tonight as next storm begins 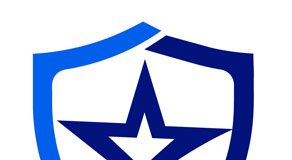