The majority of fires in Archuleta County have been declared out, but the cost of fighting those fires remains.

According to the regional annual operating agreement, fires that burn in multiple jurisdictions are paid for by those jurisdictions.

The first agreement was for the King Fire, which burned about 25 acres near Montezuma Road in June. It began on private land and moved onto tribal land.

While the official cost of the fire is not currently known, Archuleta County Director of Emergency Management Drew Peterson estimated that the operation could cost up to $75,000.

With the cost-share agreement, Peterson explained, the county would be responsible for no more than $58,000 — a number he believed would be lower if the county is successful in receiving $16,000 from the state.

Commissioner Michael Whiting noted that the cost of the fire was an argument for forest health, while Commissioner Steve Wadley noted, “Thank God we’re not on the hook for the big one.”

The agreement was passed, with the amount not to exceed $58,000 without board approval.

The next fire, the Burns Fire, also started on private land and spread to tribal land when it burned about 170 acres in the area of Burns Canyon in August.

Peterson estimated that costs for the fire could total about $317,000, but with an agreement, the county would be responsible for no more than $102,000.

Peterson said $46,000 had been requested from the state for the fire, and noted that how food was procured during the fire had saved another $20,000, meaning the county could end up being responsible for about $36,000.

The BoCC approved the agreement for an amount not exceeding the $36,000 without board approval.

Peterson again noted that firm costs were not yet available.

In agenda review for the topic, the BoCC expressed hesitation in approving agreements before the true costs were known, and Peterson pointed out that, without the agreement, the county would have to pay the total cost. 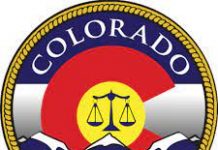