By Carole Howard | Special to The PREVIEW

You will not want to miss the cabaret-style benefit concert featuring country singer-songwriter Tim Sullivan and his hugely talented musical family on Saturday evening, Nov. 5, in Durango, so we suggest you buy your tickets now to be sure you are there for this very special evening.

The event will be headlined by Tim’s sister, famed performance star and recording artist KT Sullivan, and also will showcase the musical skills of his singer-songwriter mother plus two other special guests. The theme of the evening is Broadway in the Rockies. The concert takes place in the ballroom of the DoubleTree Hotel at 7:30 p.m.

All concert proceeds go to the Jim and Elizabeth Sullivan Foundation for the Arts to provide scholarships for deserving local youth with a talent for music, dance or visual arts in Archuleta and La Plata counties.

After the concert, there will be an informal reception with a jam session in the DoubleTree’s Animas River Lounge. All attendees are welcome.

KT is returning to Durango from New York City to perform as the headliner for the concert. She is the star of numerous Broadway productions and an internationally acclaimed singer and recording artist.

KT has sung in several venues in the U.S. — including Carnegie Hall, Lincoln Center, the Spoleto Festival and the Kennedy Center in Washington, D.C. — as well as in London, China and Australia. Her theater credits include Broadway, where she starred in Marilyn Monroe’s role of Loralei in “Gentlemen Prefer Blondes.” She also performed and danced the tango with Sting in “Threepenny Opera.”

Tim is well known in Pagosa Springs for his many local performances where the dance floor is jammed with people doing the Texas two-step and line dances to his music, both original and covers of such greats as George Jones and the Eagles. Tim has performed in seven countries. He also has played with the Los Angeles Philharmonic and in Carnegie Hall, and been a featured performer with country stars such as Alan Jackson, Willie Nelson, Vince Gill, Glen Campbell and Tammy Wynette.

In addition to Tim and KT, their mother, Elizabeth Sullivan, will return to Durango from Oklahoma to perform. A brilliant vocalist, songwriter and piano player, Elizabeth is the matriarch of this accomplished musical family. When they were young, her eight children formed the Sullivan Family Gospel Singers with their mother, from whom they learned classical piano and voice as youngsters.

Tim and his family have performed in concert at Carnegie Hall four times. Their last performance was featured on NBC’s “Today Show” and “NBC Nightly News.”

Also on stage will be award-winning singer and recording artist Natalie Douglas, as well as jazz pianist and composer Jon Weber, former host of “Piano Jazz” on NPR. Both Douglas and Weber have impressive U.S. and international performing credits and have wowed fans in Durango at previous Sullivan family benefit concerts.

Tickets for the concert are $100 each. All seats are reserved. They are available through the Sullivan Foundation at j.e.sullivanfoundation@gmail.com or by contacting Claudine McAnelly at (505) 259-5079 or ccmcanelly@gmail.com.

Seating is cabaret style and a cash bar will be available.

While here, the gifted musicians from New York will follow their past tradition by hosting a vocal performance master class for local high school and college-age performers who want to take advantage of their knowledge and experience.

The cost is $25 and scholarships are available through the Sullivan Foundation at j.e.sullivanfoundation@gmail.com.

One of the master class participants will be chosen to receive a scholarship from the Sullivan Foundation to perform next year in New York City. Two talented Pagosa youngsters have won this prestigious honor — Palma and Allora Leonard. Both sang at the International Cabaret Convention at Lincoln Center and also performed at Birdland Jazz Club in New York City. 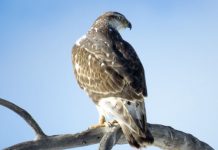 You are invited to join Audubon’s Christmas Bird Count

Movies that are perfect for families this holiday season