Hundreds of loved ones, caregivers and supporters of Coloradans living with Alzheimer’s disease will come together Sept. 10 for the Southwest Colorado Walk to End Alzheimer’s in Durango.

One of 13 Alzheimer’s Association of Colorado Walks to End Alzheimer’s in 2022, the walk in Durango will raise funds to provide essential services to families and support research to find a cure. The walk has a fundraising goal of $39,500. Collectively, the 13 walks have a target of $2.42 million.

More than 6.5 million Americans are living with Alzheimer’s, the seventh-leading cause of death and the only leading disease without a prevention or cure.

“Georgiana and I participate in Walk to End Alzheimer’s because we’ve both lost loved ones to the disease,” said Teresa Valko, member of the Alzheimer’s Association of Colorado board, who co-chairs the Durango walk with fellow volunteer Georgiana Hallock. “Walk to End Alzheimer’s gives us an opportunity to honor the memory of those we’ve lost, as well as be a part of bringing an end to this terrible disease. We know that one day, there will be that first survivor of Alzheimer’s and we want to help make that happen.”

The proceeds from the walks are the primary sources of funds for the Alzheimer’s Association of Colorado, enabling it to continue to provide the information, programs and services for those who receive an Alzheimer’s diagnosis, as well as services for their family and caregivers. All of those services are provided at no charge.

Research to find a cure

Walks also support research to find a cure. The Alzheimer’s Association is the world’s leading nonprofit funder of Alzheimer’s research. Currently, it is funding 920 projects with over $300 million in 45 countries around the world.

To register, volunteer or make a donation to any of the 13 Colorado Walks to End Alzheimer’s, go to www.alz.org/walk. For more information, call the free 24/7 Alzheimer’s Association helpline at (800) 272-3900.

Key facts about Alzheimer’s disease include:

• 76,000 Coloradans are among 6.5 million Americans living with Alzheimer’s disease.

• Since 2000, deaths from Alzheimer’s have increased 145 percent, while deaths from heart disease have declined 7 percent.

• In Colorado alone, more than 159,000 family and friends are serving as unpaid caregivers, providing an estimated 184 million hours of support in 2021 valued at more than $3.7 billion. 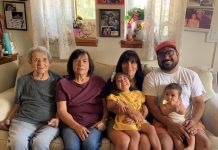 Oh, the colors you’ll see: ColorFest set for this weekend 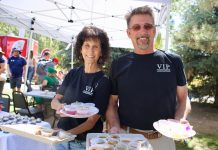 Water issues will be topic of Democratic Party meeting