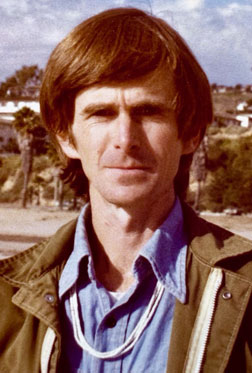 Thomas Francis Tarbet, aka Thomas Francis, died of natural causes at his home on June 16. He was preceded in death by his parents, Thomas Tarbet Sr. and Elizabeth Gerlach Tarbet, and his brothers, David Tarbet and John Alexander Tarbet. He is survived by sisters Judith Tarbet and Angela Tarbet Knowlton; nieces Susan Tarbet, Claire Rose Knowlton and Lily Knowlton Nichols; and nephew Justin Loyal Tarbet.

Thomas was born on Jan. 22, 1941, in Corpus Christi, Texas, and grew up in Tujunga, Calif. He was graduated from Loyola University in Los Angeles and lived many years in Santa Fe, N.M.

Much of his life was dedicated to the Hopi people and promulgating the Hopi Prophesy. He lived his later years on his land near the Rio Blanco outside of Pagosa Springs, where he was known as a writer and piano tuner. At 81, he was still riding his bicycle up and down the Lower Blanco Road, a unique character who followed his own path.