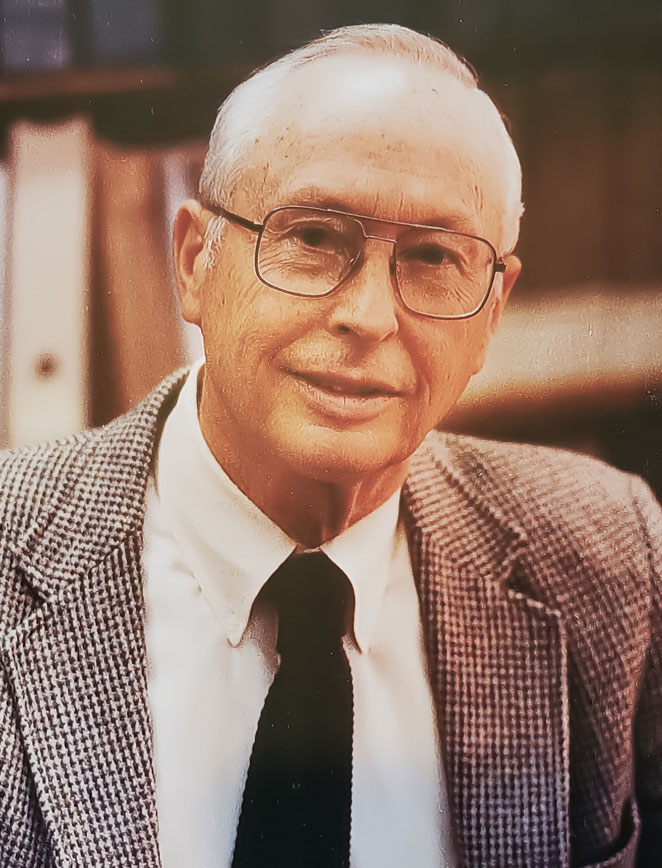 Lew was born June 20, 1926, in Kirkwood, Mo., to Lewis Edgar Agnew Sr. and Amelia Stass Agnew. He graduated from Kirkwood High School in 1944 and qualified for Air Cadet Training. After World War II ended, he attended Missouri University of Science and Technology, graduating with a degree in physics in 1950. Lew moved to New Mexico and worked at Los Alamos Scientific Labs. Then he obtained his doctorate in physics at UC Berkeley, contributing to the discovery of the antiproton, a subatomic antiparticle, resulting in a Nobel prize for Emilio Segrè and Owen Chamberlain in 1959. Lew had a distinguished career at Los Alamos Scientific Laboratory and the International Atomic Energy Agency (IAEA) in Vienna, Austria. From 1969 to his retirement, Lew helped design and then managed the experimental areas of the Los Alamos Meson Physics Facility (LAMPF), directing international research on subatomic particles.

Lew loved the outdoors and traveled throughout the world. He shared his love of fly-fishing with his children, their spouses and his grandchildren. In the early 1960s, he started a tradition of an annual backpacking and fishing trip into the Weminuche, which his family has continued. Lew enjoyed opera and was an early member of Santa Fe Opera’s board of directors. After he retired, Lew continued to be active in the Unitarian Church, the arms control movement, Common Cause, the Oppenheimer Committee and was an active supporter of his community.

The family would like to extend their gratitude for the loving and compassionate care Lew received at the Beehive Homes in Pagosa Springs.

A memorial service will be held at a later date in Los Alamos, N.M. In lieu of flowers, please contribute to the Unitarian Church of Los Alamos or a charity of your choice.