The cast of “Guys and Dolls.” “Guys and Dolls” is one of three musicals being performed in repertory at the Pagosa Springs Center for the Arts as part of Thingamajig Theatre Company’s Broadway in the Mountains summer season.

Now that all three musicals of Thingamajig Theatre Company’s summer season have opened, performances of these Broadway quality shows are scheduled six days each week through July. Shows run Tuesday through Sunday each week with four evening performances and two matinees.

Tickets for “Guys and Dolls,” “Bright Star’” and “The SpongeBob Musical” can be purchased by calling the theater box office at (970) 731-SHOW (7469) or visiting our website, pagosacenter.org. Tickets are $42 for adults and $25 for children 12 and under.

“Guys and Dolls,” the classic, romantic musical comedy, is performed each Tuesday and Friday, July 15, 19, 22 and 29. A Sunday matinee of “Guys and Dolls” is on July 24 at 2 p.m. Filled with memorable songs, “Luck Be a Lady,” “Bushel and a Peck” and “If I Were a Bell,” you are likely to tap your feet and sing along. The choreography for this production is masterfully performed by incredibly talented dancers whose skills and timing are impeccable.

“Bright Star,” the hauntingly beautiful musical created by Steve Martin and Edie Brickell, will bring you to tears then take a turn that will make you laugh aloud. Every aspect of this musical will move you, from the folk-inspired music and the diverse dance numbers to the moody lighting. “Bright Star” will be performed every Thursday evening in July. Show dates are July 14, 21 and 28, as well as Saturday dates of July 23 and 30.

All performances begin at 7 p.m., with doors to the theater opening at 6 p.m.

“The SpongeBob Musical” is quickly becoming an audience and company favorite. SpongeBob and all his friends are facing the demise of their beloved home, Bikini Bottom. All ages will be entertained by the Nickelodeon animated series brought to life on stage with brilliant song, dance and technology. You will be humming the catchy “Best Day Ever” long after you leave the theater. July matinee performances at 2 p.m. of “The SpongeBob Musical” take place on Wednesdays, July 20 and 27, and Sunday, July 31. An evening performance this Saturday, July 16, is at 7 p.m. You will leave the theater with a smile on your face and want to see it again.

All performances take place at Pagosa Springs Center for the Arts, located at 2313 Eagle Drive. 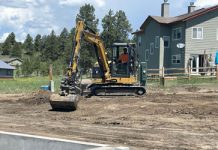 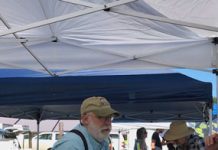 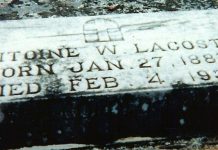 Celebrate 25 years of Rise Above Violence at sixth annual Art...