By Danyelle Leentjes | Seeds of Learning

Dancing with the Pagosa Stars (DWTPS) is back for the fifth year of dancing to support Pagosa Springs’ nationally accredited preschool, Seeds of Learning.

On Aug. 20, six Pagosa stars with the support of six local dance coaches will take the stage at the Ross Aragon Community Center to spin and dip their way through thrilling dance routines. We are incredibly excited to introduce you to those dance coaches.

Leslie Carlson returns this year as the event entertainment director and choreographer. Carlson has been a professional dance instructor for over 20 years. She taught social dance with Arthur Murray Studios in New Orleans for nine years before becoming an independent instructor and relocating to Durango in 2005.

Kylie Ross has been with DWTPS since the beginning as a coach and co-chorographer. She is a West Coast girl who made her way to Pagosa Springs. Ross has 23 years of dance experience that began with tap, jazz and ballet. Prior to coming to Pagosa, Ross’ career led her to a studio in Seattle, Wash., where she spent four years competing in West Coast swing, teaching and regularly performing with her students in studio productions.

Ashley Butcher has been a Pagosa Springs resident for more than 20 years and she couldn’t be more excited to return for her fifth season as a coach for DWTPS. She grew up with a love for dance thanks to her mother and former coach, Angela Wirth, who’s supported her over the decades watching her perform in school musicals, burlesque shows and now this event. She’s incredibly grateful to not only have grown up in this wonderful community, but now to be able to give back and watch DWTPS get bigger and better every year.

Sharina Ramsay-Adams returns this year as a coach. Ramsay-Adams plays recreational soccer in Durango, is a fitness coach and runs a garage door company in Durango. She has worked for the Thingamajig Theatre Company in “Doubt,” “Chicago”, “Full Monty,” “Office Space” and more. She dances in Snow Down Follies show in Durango and performs with SE School of Movement.

Also in his fifth year of DWTPS, Nolan King has trained under several of the top dance instructors in the United States. He now is an instructor himself, teaching at his dance studio in Cortez, which he co-owns with his sister, Cassidy. King studies all styles of dance, but his passions are West Coast swing, Latin dances and historical dances — and his biggest passion of all is sharing his love of dance with others.

When Nash McNichol isn’t running his business fixing Durango’s broken computer devices, he’s probably teaching someone how to dance. Like most people, McNichol started wiggling around on the dance floor before formally taking the plunge to learn a specific wiggle. His choice: West Coast swing. The history of West Coast dates to the 1940s, when Dean Collins introduced a variant to the Lindy-Hop called Savory Style Lindy that we now refer to as West Coast Swing. West Coast Swing later came to be the official dance of California, which Collins was inevitably given credit for accomplishing. Like Collins, Nash likes to dance. Unlike Collins, Nash is here to dance for the 2022 DWTPS.

Steve Novacek waited 56 years before he started dancing. Once he started dancing, he couldn’t stop. He has learned more than 20 different dances and is still looking for more. Novacek, along with his dance partner, won the 2018 Dancing with the Durango Stars. He has lived in the Four Corners area for 45 years. In addition to dance, he enjoys jeeping, photography and being in the mountains. When not traveling for dance or wintering in Arizona, Novacek can be found teaching the beginner dance lessons in Durango.

If you’d like to catch more about these dedicated coaches and staff, be sure to like and follow our Facebook page. Tickets for the event will be available July 14. For more information on when and how to get tickets, follow our DWTPS Facebook page at facebook.com/Dancingstarspagosa/ or visit our website at www.growningseeds.org. And, watch next week’s SUN for our debut of the Pagosa stars. 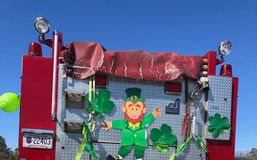