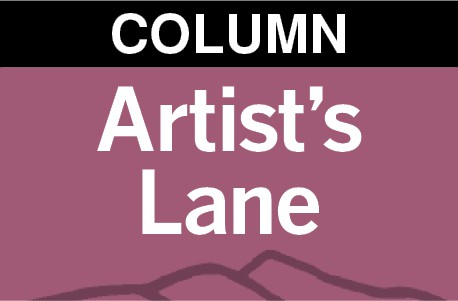 We are who we are. Can’t help ourselves. We all process ideas, information and emotions differently.

I jump from one idea to another. Some people think I’m all over the page, but I think I’m very organized. I have a filing system in my mind. I connect the dots no matter how disjointed they seem to others. I’ve been told I drive people up the wall. I wonder why?

This week I learned about a rare genetic condition called synesthesia. It’s how the brain thinks — people’s senses are cross-wired. One sense is fused with another sense. Synesthetes tend to visualize numbers or music as colors, taste words or feel a sensation on their skin when they smell certain scents.

When my grandson was 4 years old, his family came to Pagosa on vacation. The first thing he did when he climbed out of the car, he bent down and touched the ground. He rubbed the dirt between his fingers and patted it. During those two weeks, he sought out mud puddles and rolled in them — anything to do with dirt.

I made the comment he wanted to feel Colorado’s dirt to decide if it was different than Virginia’s. It was more than that; he was processing dirt in a tangible way.

Now, 26 years old, he still touches everything he sees. He feels it and lines it up the way he thinks it should be. The family says about him, “I don’t know why he has to touch everything, but he does.” Things are moved when he comes around and this drives certain family members up the wall.

Like my grandson, maybe I possess a mild form of synesthesia and didn’t know it. People ask me how I remember scriptures so easily. I tell them, “When I’m asked where a scripture is, I have a filing cabinet in my mind. I think of the context, who wrote it and where I filed it away according to Old Testament, New Testament, book, chapter and verse.

When my grandson touches an object, he must straighten it and make it right in his mind. He can’t leave it undone. For me, if I can’t place a scripture and where the verse is, I will search the concordance or go to the Strong’s commentary, but I won’t rest until I find it. When I find the scripture, I will file it away in my mind’s filing system so that I can put my finger on it anytime I need it.

We watched Russell Crowe in a 2001 American biographical drama, “A Beautiful Mind.” It was inspired by events in the life of John Forbes Nash Jr. He was an American mathematician and a Nobel laureate in economics. The people he interacted with were portrayed as real even though they were hallucinations. People who live with cross-wired senses are usually very brilliant and achieve extraordinary things. It can be a gift or a disturbance.

As a spiritual synesthete, Lynne, my friend of 50 years, hears God in visions. She has a different road to walk. She faces a lot of scrutiny. Some will doubt if she’s speaking the truth or making it up. When she is led to prophysize, I’ve never known her to be wrong. She hears God as if it is a theatrical performance. She’ll say, “I’ve got to see it in my mind before I can say it.”

Another friend, when she hears from God, she feels a nudge. She’ll say, “God nudged me; I can’t ignore Him. He has something to tell me.”

Joseph was a dreamer. God’s words came to him in dreams. Those dreams got him into a lot of trouble, but it shaped and saved an entire nation.

John, the revelator, writes in Revelation that he “saw the Voice.” We would consider him a spiritual synesthete. His words are written in metaphors. In the Book of Daniel, he sees in the same way and his prophetic message lines up with John’s revelation. Could we say they were cross-wired the same? Or, maybe it’s just a spiritual thing. Don’t know.

Final brushstroke: Have we ever thought how wonderfully and uniquely we are made and how we need to embrace our differences? Maybe we all have a little synesthesia in us and need to be patient with each other.

‘Growth or no growth?’

How to suspend your holds when you are traveling

The Colorado River has come alive even as it ebbs

The greatest gift can’t be wrapped