The Thingamajig Theatre Company again excelled in the statewide contest sponsored by BroadwayWorld Denver with five wins for the summer galas and “Sylvia” as well as four additional top-five finishes.

The 2021 awards were scaled back because of COVID closures, with the pandemic requiring Colorado theaters — like those around the country and the world — be closed for more than a year. Thingamajig was closed from March 2020 to June 2021.

BroadwayWorld oversees the largest theater audience awards on the globe, covering Broadway in New York, the West End in London and many other key artistic locations in the U.S. and worldwide including in Australia, Austria, Canada, the Philippines and South Africa.

Here are the five 2021 Thingamajig people and productions voted winners in the respected BroadwayWorld competition:

• Best direction of a musical: Tim and Laura Moore for “The Last 10 Years” gala.

• Best choreography of a play or musical: Melissa Firlit for “The Next 10 Years” gala.

• Best performer in a play: Laura Moore in “Sylvia.”

• Best supporting performer in a play: Rodney Holmes in “Sylvia.”

As well, four Thingamajig shows were voted among the top-five in 2021:

• Best costume design of a play or musical: Adrienne Young for “The Next Ten Years gala” (fourth) and “Sylvia” (fifth).

Said Tim Moore, “After 10 years of incredible growth because of our patrons, audiences and other supporters, who could have imagined that our beloved theater would be dark for 15 months because of a global pandemic.

“Now these BroadwayWorld wins let us celebrate the amazing talents of the actors, directors and designers who helped us put the lights back on with ‘Sylvia,’ ‘box.’ and the two musical galas this summer.

“We’re only sorry that the COVID uncertainties are continuing into 2022.”

As this is written, COVID is again closing theaters on Broadway and around the world, reminding all live theater fans of the power of the pandemic. With lucky timing, Thingamajig’s Christmas show “Miracle on 34th Street: A Live Musical Radio Play” was not affected because its last performance was Dec. 23, 2021, and COVID protocols were in effect at the theater.

However, in early January, Tim Moore, Thingamajig’s producing artistic director, received word that many of the most prestigious audition sites in the U.S. are canceling in-person auditions and interviews, instead moving to virtual casting because of COVID concerns.

Moore had scheduled audition trips to New York City and Memphis, Tenn., in January and February to cast the three Broadway hits that will make up the summer 2022 musical season: “Bright Star,” with the country and bluegrass score composed by Steve Martin and Edie Brickell; “Guys and Dolls,” a romantic comedy involving a high-rolling gambler and a strait-laced missionary; and “SpongeBob SquarePants,” based on the Nickelodeon animated TV series.

Over the past decade, Tim Moore and his wife, Laura Moore, executive director, have demonstrated an uncanny ability to consistently produce intelligent, entertaining and timely shows with humor, heartache, great storytelling and extraordinary music.

So, how does Tim Moore find and identify talented actors to come to Pagosa Springs to perform for local audiences and out-of-town visitors?

For starters, he has a unique ability to quickly size up not only an individual actor’s skills in the areas of acting, singing and dancing, but also to assess how each one will fit into the various roles in the upcoming season and meld into a cohesive theatrical team, recognizing that each actor will plays parts in multiple different shows.

“Of course, it’s always better when you’re casting talent to see them perform in person,” Tim Moore said. “But the good news is that over the two years since we’ve been dealing with COVID, we all have learned to be more comfortable with virtual interactions. These experiences have prepared us well for casting via video conferencing, social media and other virtual platforms.”

Tim Moore had planned to attend the Unified Performing Theatre Auditions in Memphis, Tenn. Feb. 4-7. Known as UPTAs, this venue has been a guaranteed source of impressive talent for Thingamajig over the years because every February it brings theater, cruise ship and other artistic recruiters together over four days with close to a thousand professional performers looking for creative work.

Now the UPTA auditions and interviews will be 100 percent virtual.

As well, many audition sites in New York City that Tim was planning to visit in late January are going virtual. As the theater capital of the U.S.A., New York City provides a wealth of recruiting opportunities for Thingamajig, so Tim Moore will travel there virtually.

The Thingamajig Theatre Company was co-founded in 2011 by the Moores. It is an award-winning professional nonprofit 501(c)(3) theater in residence within the Pagosa Springs Center for the Arts. Its talented actors, directors and designers come from across the U.S. and around the world to produce musicals, comedies and dramas year-round — COVID permitting, of course. 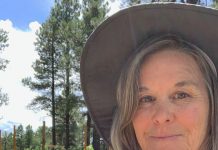 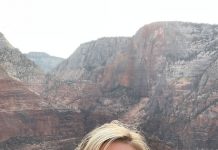 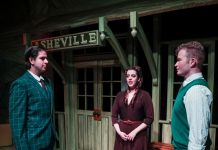 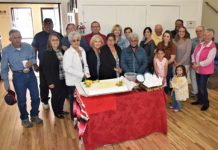 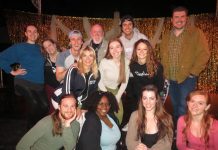 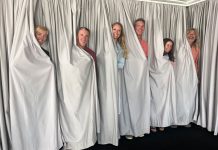 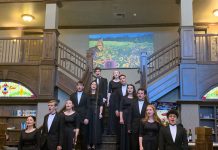 Auction for the Animals just around the corner