Since 2008, we’ve had a big dream at the Colorado State University System. We’ve dreamed of creating a one-of-a-kind public campus that doesn’t grant degrees, but instead throws open its doors and invites the community to come inside and explore learning about food, water, and human and animal health.

And now, over the next two weeks, we will officially open the doors to our new campus in Denver — CSU Spur. What began as a “What if …?” conversation back in 2008 has come into its own as a three-building campus that will make hands-on learning and inspiration available to everyone, for free.

The full CSU campus at the National Western Center will open over the course of 2022, but the opening of our first building, Vida, this January is a major milestone. And I’m reminded of all the steps and conversations that led to this point — and the people who got us here.

One of the most pivotal figures in my mind is Jerry McMorris, then chair of the National Western Stock Show. McMorris is remembered as the man who brought major league baseball to Denver. Before the team’s first-ever game, he gathered them together and told them the sky was the limit — the dream was there for them to chase. And when we sat down at the table years later with former State Sen. Pat Grant, then CEO of the National Western, to talk about how to keep the Stock Show in Denver, McMorris came with the same spirit — a willingness to dream big, not just about the National Western, but about the future of the city and the community the Stock Show calls home.

We were fortunate, as well, to have a then-new mayor in Michael Hancock who listened to a blue-ribbon panel he appointed and was convinced that the National Western Stock Show should stay in Denver. And the voters of Denver agreed, voting overwhelmingly in 2015 to fund phases 1 and 2 of a long-term master plan in partnership with legislators on both sides of the aisle who saw value in the National Western Center and then ran the legislation that provided state funding to make CSU’s portion possible.

The Board of Governors of the CSU System had the courage and foresight to take on the project and cement the partnerships that made it happen. Their leadership and long-term vision will benefit Colorado for generations to come.

Of course, turning a dream into a reality requires people who can put together a plan and get it done. For the CSU System, that was Amy Parsons, then-executive vice chancellor of the CSU System, who guided our CSU venture from inception through its branding as CSU Spur, before she took on a CEO role in the private sector. She passed the torch to our assistant vice chancellors, Jocelyn Hittle and Tiana Kennedy, who kept all the pieces in place to get the project finished on time.

Now-Secretary of Agriculture Tom Vilsack helped bring thought leaders together from around the country to consider what might be possible at a venue like Spur — leading to programs like our Water in the West Symposium and the partnership of organizations like Together We Grow and the North American Agricultural Advisory Network, which will be headquartered at CSU Spur. He was joined by Christie Vilsack and Kathay Rennels, who met with educators and county leaders across Colorado to create a foundation for the programming we’ll offer on the campus and statewide.

Various people have come and gone from the project over the past 13 years, but the stalwart partnership of the Dumb Friends League, Denver Water, the Temple Grandin Equine Center and the National Western Center founding partners — the Stock Show, City and County of Denver, History Colorado, the Denver Museum of Nature and Science, and National Western Center Authority — has and will continue to make CSU Spur a resource for all of Colorado. I also want to honor the leadership of CSU faculty who have stepped up to bring their research and expertise to Spur — and our campus presidents, Joyce McConnell at our Fort Collins flagship, Timothy Mottet at CSU Pueblo and Pamela Toney at CSU Global.

The idea of Spur has moved off the white boards since 2008. We now have the keys to the Vida building, and we’re ready to open the doors on Jan. 7.

But, most of all, we hope and believe that CSU Spur will make a difference in the life of a child — thousands of children, actually — who may begin to see their own dreams and futures more clearly after spending time on our campus.

It’s a big dream. And we welcome you to join us in bringing it to life this January (and visit us year-round).

Tony Frank is the CSU chancellor.

CPR and first aid certification classes are offered monthly by the CSU Extension office, generally on the second Monday and Wednesday of each month from 6 to 10 p.m. The cost for the classes is $80 for combined CPR/first aid and $55 for CPR, first aid or recertification. Call the Extension office at 246-5931 to register.

29 graduate from Seeds of Learning

Living under a lot of grace 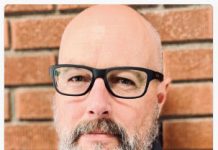