The Aztecs cultivated the poinsettia (euphorbia pulcherrima) in Mexico long before Europeans came to the Western Hemisphere. It was cultivated in Oaxatcpec, which is now the Mexican state Morelos. The poinsettia was prized by kings Netzahualcyotl and Montezuma and its indigenous name was Cuetlaxochitl.

The Aztecs used the bracts for a reddish-purple dye and the latex to counteract fever. The plant also played a part in midwinter celebrations representing purity and blood sacrifices. It was widely planted in gardens.

Franciscan priests during the 17th century near Taxco observed the plant blooming during the Christmas season. They incorporated the plant into the Fiesta of Santa Pesebre nativity procession. They used the concept of blood sacrifices from Aztec tradition to have the poinsettia represent the blood of Christ to Catholics and Christians. Poinsettias bloom naturally in October, signaling the coming of Christmas.

Joel R. Poinsett, a botanist and the first U.S. minister to Mexico under President James Monroe in 1825, sent some plants to his home in South Carolina. He shared his finds with other plant enthusiasts. Dec. 12 is National Poinsettia Day and recognizes Poinsett’s contribution to the holiday season.

Many people have been instrumental in establishing poinsettias as a house plant and holiday tradition. The Paul Ecke Sr. originally grew poinsettias as a cut flower in the Hollywood and Beverly Hills area in the 1920s. After moving to Encinitas, Calif., the Ecke family focused on field-grown poinsettia mother plants, which were shipped throughout the country via railroad box cars. Paul Ecke Jr. took poinsettias to the next level in the 1960s through media promotions, specifically the “Tonight Show” and the Bob Hope Christmas specials. This constant effort ensured that poinsettias were as much a part of the holiday season as evergreen trees, Christmas cards and caroling. It was at this time that the Ecke family moved from field production to greenhouse production, which created the need for improved cultivars.

Active breeding of the poinsettia began in the 1950s in an effort to develop cultivars that would retain their leaves and bracts for a longer period. Early breeding efforts included those of Mikkelsen of Ohio (Mikkelsen series), the Heggs of Norway (Hegg series), as well as those of the Ecke family (Eckespoint series). The Fischer family, a German breeder, has also contributed many cultivars to the poinsettia tradition. These breeding programs focused on stronger stems, leaf and bract retention, multiple branching, earlier blooming and color variation.

Modern cultivars are now bred to last longer in the home, bloom earlier and require fewer resources for production. This translates into more color selections and better-quality plants for consumers. Poinsettias are available in a vast array of colors from red to white, pink to burgundy, and with many variations in between including flecks of color on contrasting backgrounds.

Selection: Poinsettias do well in the home and keep their color until mid-March. The showy red, pink, white, yellow, bi-colored or speckled modified “leaves” are called bracts. With proper light and temperature, they accumulate the anthocyanin pigments that give them their color. The flowers (cyathia) of the poinsettia are in the center of the bracts. Male and female parts are present, along with a yellow-edged nectary with sweet, fragrant nectar.

Poinsettias come in many colors and forms. New selections appear every year. Choose a plant with uniformly dark green foliage. However, cultivars with lighter colored or mottled bracts typically have lighter green foliage.

Plants with pale green, yellow or fallen leaves generally have a root disease problem, have been overwatered, had an excessive dry period or received limited fertilization. Bracts should be well developed with little pollen showing on the flowers.

When outside temperatures approach 35 degrees F, be sure the plant is well-wrapped or sleeved before transporting. Low temperatures, even for short periods, can damage leaves and bracts. Remove sleeves promptly to prevent epinasty, a downward bending of the petioles, which are the slender stalks that attach the bracts to the stem.

Cultural requirements: Poinsettias thrive on indirect, natural daylight — at least six hours a day. Avoid direct sunlight, as this may fade the bract color. If direct sun cannot be avoided, diffuse the light with a shade or sheer curtain. To prolong color, keep plants out of traffic areas and protect from cold drafts and excessive heat. Ideal temperatures are 67 to 70 degrees during the day and 60 to 62 degrees at night. Remove damaged or diseased leaves.

Poinsettias require moderately moist soil. Check plants daily and water thoroughly whenever the soil feels dry to the touch. Plants in clay pots require more water, while those in plastic pots are easily overwatered. Apply water until it runs out the drainage hole. However, do not allow poinsettias to sit in standing water. If the container is wrapped with foil, remove it when watering or make a hole in it for drainage. Discard any collected water in the drainage receptacle.

A poinsettia does not require fertilization while it is in bloom. However, to maintain green foliage and promote new growth indoors after the holidays, apply a balanced all-purpose house plant fertilizer once per month. Always follow the directions on the fertilizer label.

Reflowering: To “reflower” poinsettias for the next year, strictly follow these simple steps. After a plant has passed its stage of usefulness, usually by late March or early April, remove the bracts and part of the stem. This cutting back can be done any time through mid-July, depending on the desired final size and shape of the plant. Leave three or four leaves on each remaining stem.

During late spring and early summer, move the plant to the next larger size pot. Use a well-drained potting medium, preferably heat-pasteurized. Use any well-drained soil, such as a blend of equal parts sphagnum peat moss, vermiculite and/or perlite. Thoroughly mix 1 tablespoon of treble superphosphate fertilizer (0-46-0) in each gallon of soil mix. Apply a slow-release fertilizer to the soil surface.

Prune tall growth at approximately six-week intervals to keep the plant well-formed. The last pruning or pinch before flowering should occur in late August. The poinsettia is a naturally woody plant that easily can be trained into many shapes during summer pruning. Consider a poinsettia tree, hanging basket or other artistic creation. Just remember to heed the last pinching date and the darkness requirement to achieve your masterpiece by the holidays.

Indoors, place the poinsettia in a bright area where the temperature will remain constant. Water as needed and fertilize with a complete fertilizer every two to three weeks. During the summer, the plant may go outdoors in a partly shaded area. After the danger of frost is past in the spring and minimum temperatures reach 55 degrees, place the plant on the patio or sink it into the ground. It prefers a well-drained, slightly shaded location. Turn the pot once a week to prevent roots from growing through the drainage hole. Bring plants into the house when night temperatures are colder than 55 degrees (approximately Sept. 1 in Colorado).

Poinsettias are short-day photoperiodic plants. This means they set buds and produce flowers as the autumn nights lengthen, blooming naturally during November or December. To flower and develop colored bracts, a poinsettia must receive as much sunshine as possible during the day.

Starting about Oct. 1, it also needs at least 14 hours of uninterrupted darkness each night at temperatures between 60 and 70 degrees. Stray light of any kind (street lights, pool lights or lamps) could delay or entirely halt the reflowering process. The dark treatment should last until color shows in the bracts (approximately Thanksgiving). Some modern cultivars may show color as much as two weeks before Thanksgiving. Continue fertilizing and watering to encourage good growth.

Disease and pest control: Many pests can infest poinsettias. Wash off insects with mild soap and water, using a sponge or gentle spray. Mealybugs and white flies may require pesticide application or removal of infested plant parts. To remove mealybugs, apply ordinary rubbing alcohol with a cotton swab.

Cold, moist soil temperatures encourage root diseases. If lower leaves start turning yellow and fall off, a root rot condition may exist. Apply an all-purpose fungicide (usually available at garden centers) as a soil drench. The milky sap that exudes from a poinsettia when damaged is called latex and is not the result of any insect or disease infestation.

Poinsettias are not poisonous: In a 1995 poll funded by the Society of American Florists, 66 percent of the respondents held the false impression that poinsettia plants are toxic if eaten. Research at Ohio State University in 1971 showed that rats fed unusually high doses of poinsettia plant parts were not adversely affected. The POISINDEX Information Service, the primary resource used by most poison control centers, states that a 50-pound child would have to eat more than 500 poinsettia bracts to surpass experimental doses. Based on the rodent tests, accepted by the U.S. Consumer Product Safety Commission, the commission denied a 1975 petition filed by a New York citizen demanding that poinsettia plants carry caution labels that indicate they are poisonous.

Like other non-food items, poinsettia plants are not edible and are not intended to be eaten. Poinsettias are a member of the euphorbiaceae family of plants. Other economically important species in this family include: The cultivated rubber tree hevea brasiliensis, manioc or cassava (manihot), and castor bean (ricinus). With its close genetic ties to the rubber tree, which is where natural latex is derived, those who are sensitive may also be sensitive to the latex from poinsettias. If eaten, parts of all plants may cause varying degrees of discomfort, but not death. Keep plants out of reach of small children.

Although commonly assumed to be poisonous to animals, poinsettia plants are not harmful to household pets unless the leaves and bracts are eaten in very large quantities. Some cats that chew on the leaves may salivate and can vomit if the leaves are swallowed. Since cats and puppies frequently chew on new plants introduced to the home, it is prudent to place the plants out of reach.

Archuleta County Weed and Pest will begin accepting requests for the treatment of private properties for the 2022 season on Jan. 1, 2022. 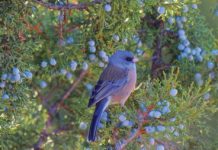