But they also got a little more than they bargained for.

Fifteen volunteers showed up Nov. 20 and collected 200-plus pounds of trash strewn across a hillside and an additional 100 pounds at another site up the road — all on national forest land. The second location also was littered with an abandoned truck-bed trailer and camper that was filled with garbage.

The trash dumps were discovered by SJBCH member Randy Senzig, a hunter, hiker and horseman who was walking in the area recently. “I hadn’t gone 100 yards when I ran into trash scattered on the hillside. I thought, ‘Who would do this to our land?’”

Senzig got the green light from the chapter to organize the cleanup and rallied members to pitch in. Thanks to the number of people who showed up to help, the garbage bags were filled in less than two hours.

Removing the trailer/camper, however, proved a bit more daunting for Senzig and co-volunteers Ron Toland and Mike Garding, and took two days to haul out. The trailer/camper had two flat tires with one good spare. After a couple of trips to town to try and locate a wheel and tire to use, volunteer Toland ended up having to purchase a used spare tire. Finally, on Nov. 22, the camper/trailer was hitched to Toland’s pickup and a refrigerator that also had been dumped in the area was put in his truck bed to haul to the Archuleta County transfer station.

Toland previously had contacted Matt Archuleta, operations manager for the county’s Public Works Division, about whether SJBCH could drop off all the trash and scrapped items at no charge. Archuleta was quick to accommodate the request.

“We do our best to keep the county clean and green,” Archuleta said, noting that the county’s Adopt-a-Road program provides support for collecting and disposing of waste along roads.

But the story didn’t quite end there.

Although the cleanup required more resources than expected, the effort was well worth it, according to Senzig, who added, “Our public lands are a treasure and should be treated as such.”

Picking up trash is becoming more routine for SJBCH. This past summer, SJBCH used pack horses to haul about 1,000 pounds of trash from the Weminuche Wilderness and South San Juan Wilderness.

The nonprofit SJBCH is a chapter of the national Backcountry Horsemen of America, which works to keep trails open for all users and advocates for the protection of trails and the riding experience on all public lands. 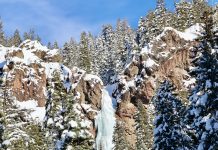 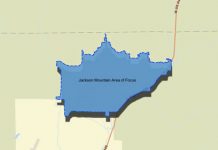 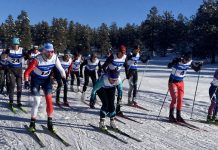